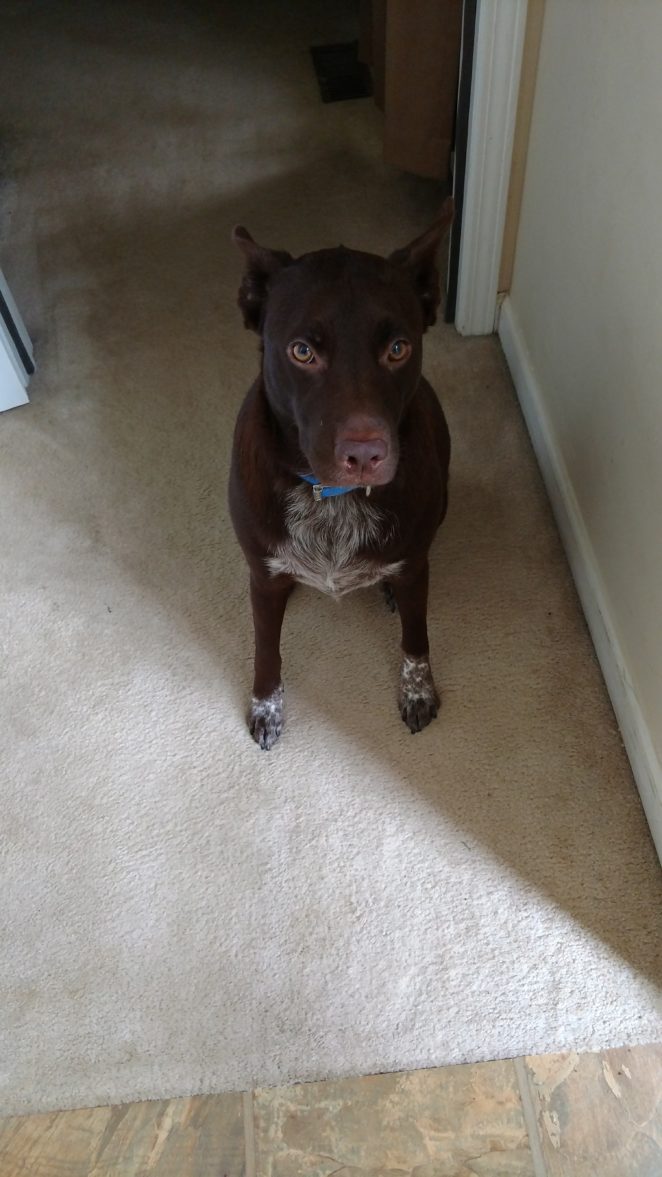 Keaton’s human Daddy has gone to New York for a few days. He’s gotten so much better since we found him eating out of garbage cans, but he hates to see his master leave without him.  He used to mope in the bedroom, then he graduated to moping by the front door, now he only mopes for a few minutes and comes to see what everyone else is doing.

We think he’s a Kelpie. He’s grown so much and has become a really good doggy!  He’s learned tricks and loves to play.