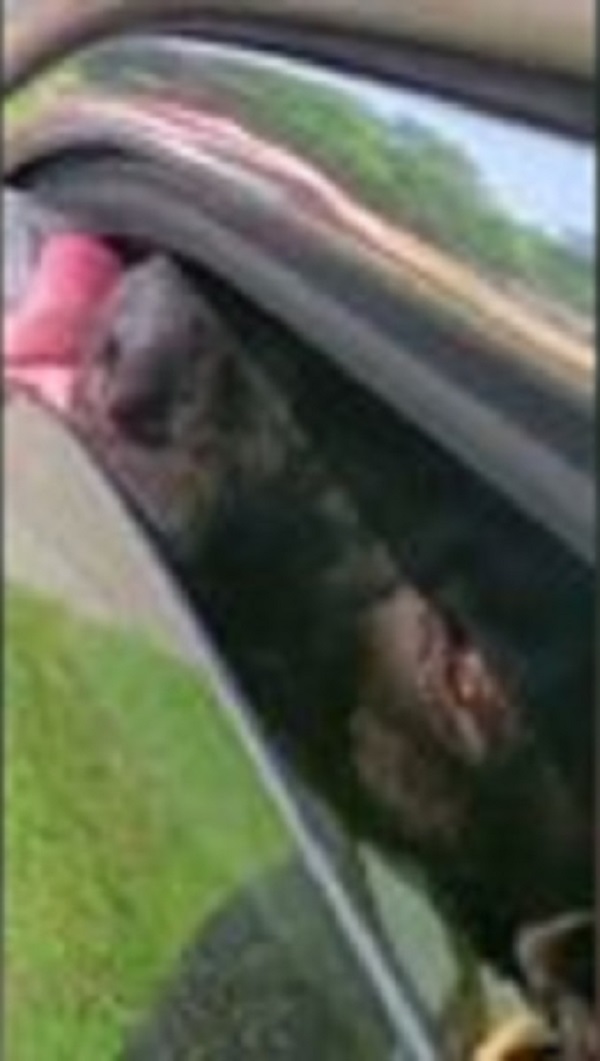 Last month a gentleman named James Minson was near the campus of Old Dominion University in Norfolk Virginia did his part to save a Black Labrador Retriever that was inside his owner’s auto while his owner was running an errand leaving his dog trapped inside his auto which is a recipe for disaster since dogs cannot handle being stuck inside an auto in 80 degree weather outside.

James gave the dog two bottles of water through a one inch window opening of the auto so the dog would not pass away from dehydration.

After the dog finished drinking the two bottles of water, James reported the incident to the authorities that a dog needed to be rescued from being trapped inside a closed auto. When the officials told James they would arrive within 20 minutes to rescue the dog, James decided to take action and break open the window of the auto with an object to get the dog out of the hot auto.

When the Animal Control officials arrived, they took the dog whose name was not released to a local animal shelter where he is expected to make a full recovery.

The local police are expected to file charges against the owner of the dog since keeping one window open on an one inch room made the condition where the dog was staying inside his auto a fatal encounter.

It just makes me scratch my head why do dog owners leave a one inch opening inside their autos when man’s best friend could have died from heat exhaustion on a warm day. At least have two windows open to the point where a dog can breathe some fresh air coming from the outside like around halfway instead of being nearly closed.

Thanks to the actions of James to save the dog from dying from heat exhaustion, a tragic event was spared in Norfolk.