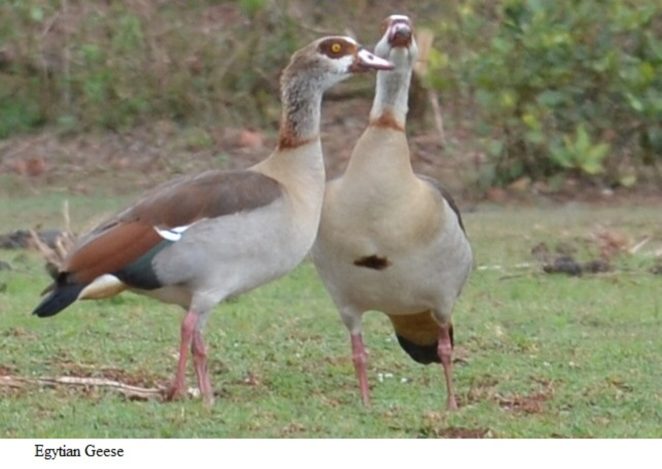 The Egyptian goose is a member of the duck, goose, and swan family. It is native to Africa south of the Sahara and the Nile Valley. The Egyptian Goose is related to the shelduck and is a cross between a duck and a goose. The Egyptian goose has vivid markings that are striking and impressive. In fact, they were considered to be holy by the Egyptians, who often included them in works of art due to their undeniable beauty.

It’s following is their classification:

This bird is pale brown and grey, with rich brown or chestnut markings around the eyes, around the neck (resembling a collar), on a portion of the wings, and under the otherwise black tail.