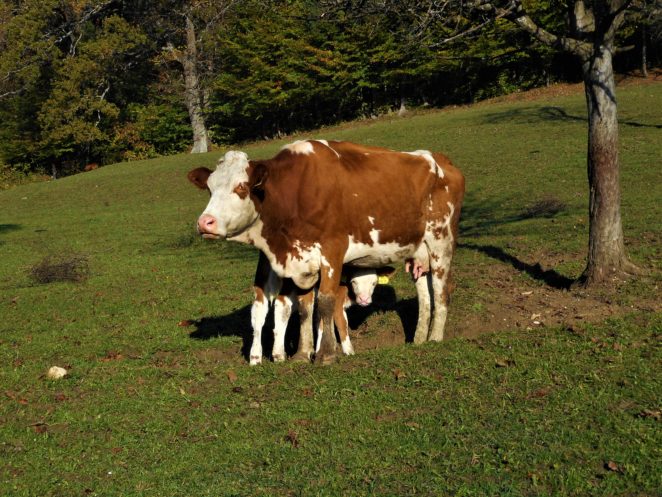 We have many meadows in our parts. It’s awesome when you see animals walking freely instead of being stuck in barns. They’re outside on huge acres of land. This calf caught my eye as he was hiding under his mom, but later did come closer. But the first contact was him playing hide and seek. Sometimes I tell someone as a joke, togo look at cows because milk comes fromthem, not from the store. 😀