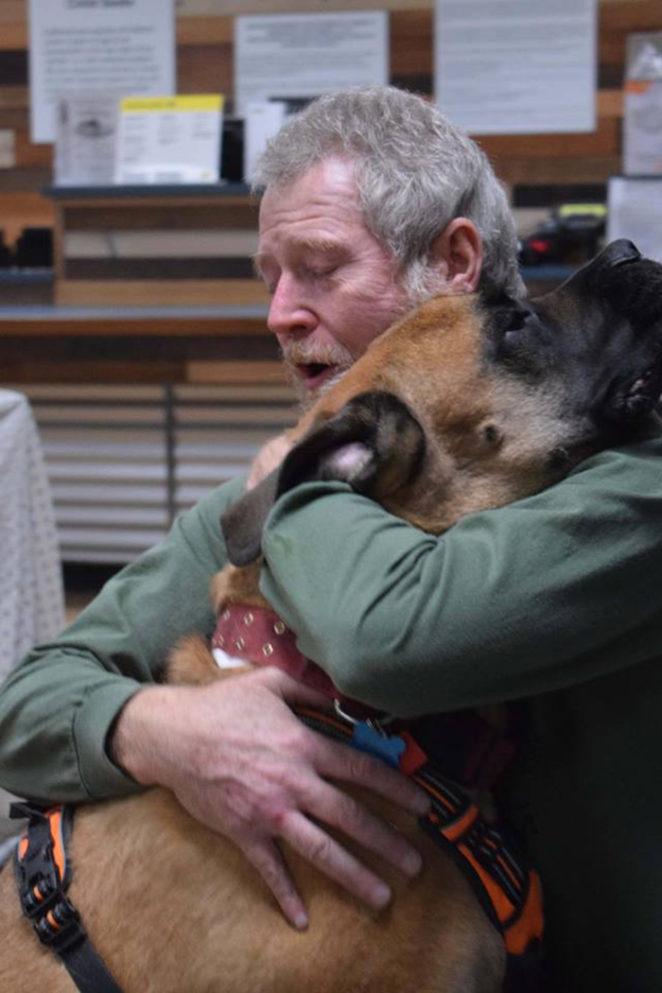 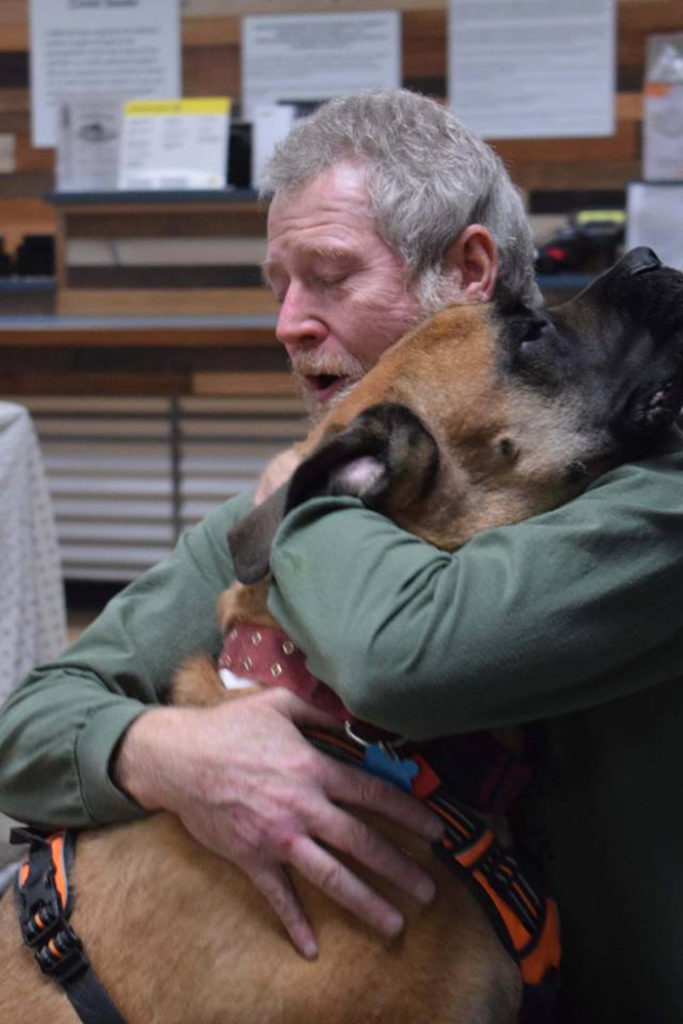 Who says that dogs cannot be useful in assisting their owners escape from a dangerous situation like in the infamous Camp Fire that has wiped out the city of Paradise in California?

A male dog named Samson is credited for assisting his owner (pictured above) to find a way to evacuate from a burning home in Paradise to find an escape route for both parties.

When the owner of Samson wanted to go an escape route from his burning home to safety, Samson who is a very clever dog by pulling his owner in a different direction according to a social media report from the North Valley Disaster Group or (NVDSG) which is the animal shelter in the Camp Fire region.

The image of the owner hugging Samson which made the rounds on Facebook was taken at the Chico Airport Animal Shelter.

All I can say is “Three cheers for Samson the hero dog.”