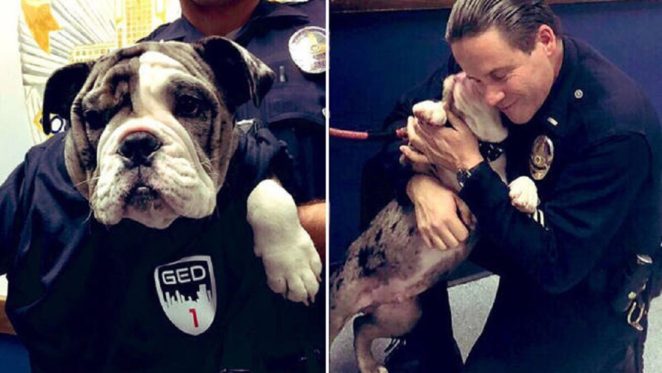 A 10 week male Bulldog who had been bought by a family in Napierville Illinois that was ready to be given to them as a Christmas gift was kidnapped by a suspect that saw the Bulldog puppy as a valuable pet to be sold in the Black Market had the kidnapping plot had been successful.

If there is one good thing about law enforcement officers is that thanks to their cooperation of both the Napier Police and the Los Angeles Police Department (LAPD), the suspect was found with the kidnapped Bulldog in the area by the LAPD.

The suspect was arrested by the LAPD and taken into custody on charges of kidnapping dogs. The LAPD believes that the suspect who allegedly committed the crime was a member of a nationwide dog kidnapping ring.

The name of the Bulldog and the family that will come from Napierville to Los Angeles to pick up their beloved Bulldog was not released to the public.

How the dog was kidnapped by the alleged criminal is not known at this time. What does matter is that the Bulldog will now be with his new family living in Napierville for a very long time to come thanks to the cooperation of the Los Angeles Police Department and the Napierville Police to return a kidnapped dog back to his owners safe and sound.