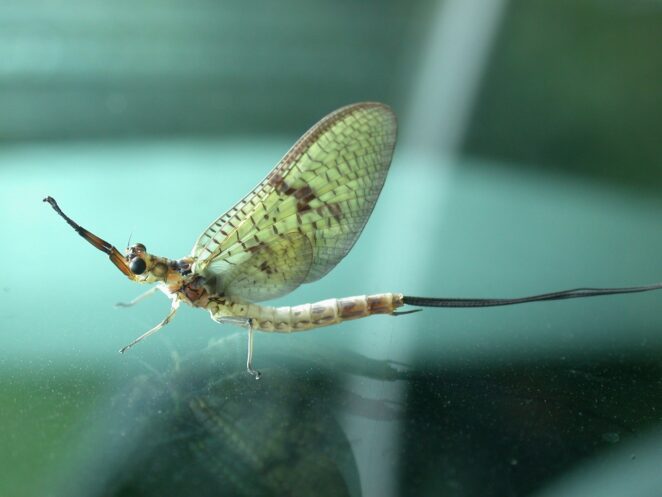 Mayflies do not attack people and cannot sting or bite. The sheer numbers of these insects during their mating season can cause problems for drivers and annoy homeowners whose houses are coated in bugs.

After the larva stage, female mayflies usually live less than five minutes, while males can live a whopping two days. But the males don’t waste a single minute, spending that short period of time mating and reproducing making them the most prolific breeders on earth.

Oh, and about what an adult mayfly eats, the answer is that it does not eat anything as its mouth is undeveloped. It only “ate” during its sub-aquatic development stage as a larva feeding on dead algae.