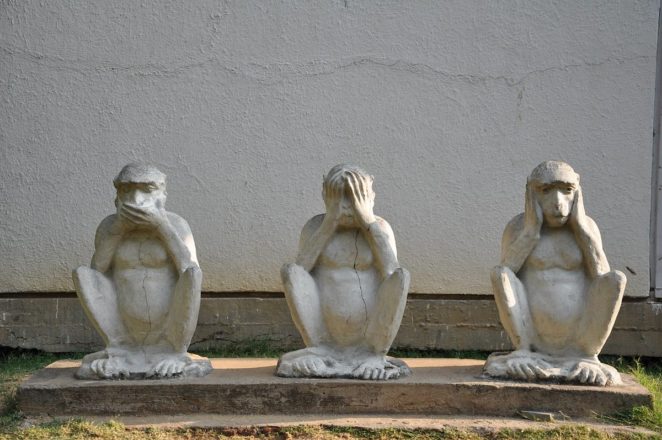 Monkeys covering the mouth, eyes and ears are known all over the globe, but here’s what they really mean.

This is a picturesque proverb and although it was popularized after being discovered on a carving above a famous temple in Japan, it is believed that it came from China.

A similar phrase can be found in China in Confucius’ chosen wisdom so that its original saying is assumed to be truncated and transmitted to Japan.While in Japan they represent the golden rule, in Buddhist philosophy they symbolize the avoidance of evil thoughts.

For the mafia, these three monkeys were symbolic of a code of silence.

There are two main interpretations of this proverb. One thinks that this proverb reminds us not to listen and look at what is not ours and not to gossip. Another interpretation is to distance ourselves from the places where evil happens.

The guiding principle of this proverb is part of the Indian teaching related to the god Vadjr, who believes that if we do not hear, we do not see or say anything evil and we will be spared from all evil.