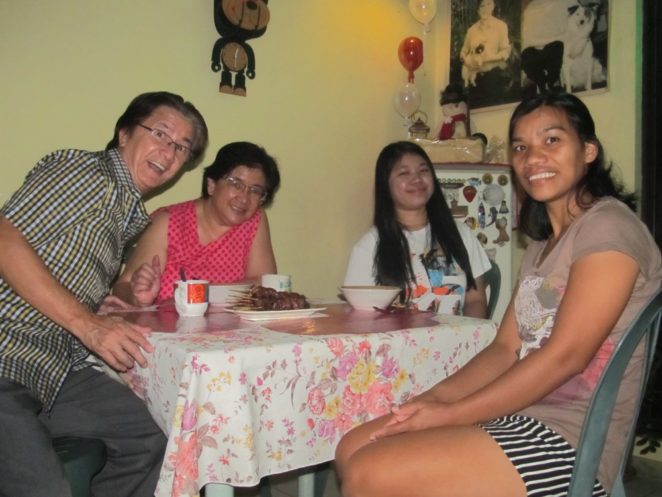 In the Philippine culture, the new year midnight meal is called Media Noche, a term borrowed from the Spanish dictionary which means midnight. Media Noche means the traditional food like barbecue, soup, hot chocolate made from the cocoa tablet, noodles, and native snacks. Not to forget the fruit salad.

But before the midnight meal, there is the biggest event with the fireworks and firecrackers that starts in the early evening. By 11 pm, the cacophony of the cracking sounds would be more frequent and would hit the crescendo when the clock strikes 12. The noise would continue for an hour but for some people, it is time for the Media Noche.