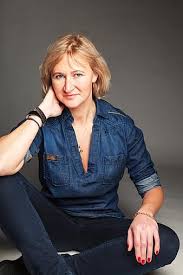 Our friend, Donna, (not her real name) says, “Older women, younger men I’m just turned 65 but my mindset is young and fun. No one ever believes I’m 60, let alone 65..I’m mistaken as my 38-year-olds wife, not the mother ( while complimentary on one hand…its weird on the other) younger men are all I date.”  In spite of what she says, about her being on the heavy side. She really has no problem finding a man, yet remarks that she is easily bored by even the most amorously skilled lover, she just can’t seem to bring herself to stay in a relationship when they want to be really serious.

She doesn’t want a monogamous relationship. She means like moving in together, engagement, or marriage talk, even while she admits having dated some very nice men over the past two decades. Her single female friends comment on how incredible her so-called “autumn life” really is having all these younger men being so attracted to her,  a so-called cougar. Donna is the life of any party, a funny person. She has been divorced for 20 years as it was a terribly boring marriage. She thinks that going down the marriage road may be just a repeat of that hum-drum existence, while she admits, that the problem could be her and not them.