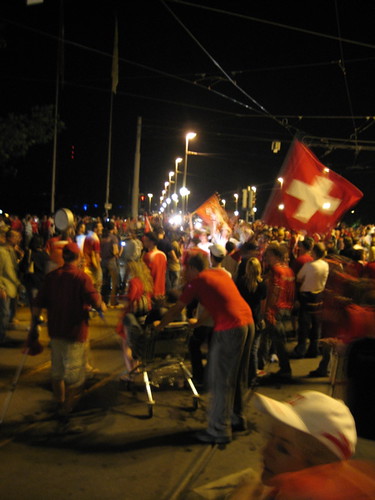 Switzerland is usually regarded as a fairly peaceful place, at least in the modern era, and a reference to a battle having taken place in its capital city as recently as 1954 might come as a surprise.

However, the “battle” was not an armed conflict between soldiers but a massive football riot that is generally regarded as one of the worst such incidents in the history of the sport.

The occasion was a World Cup quarter-final between Brazil and Hungary that took place on 27th June 1954. Hungary won the match by four goals to two, but that was not the most memorable aspect of the game.

When a penalty was awarded to Hungary during the second half, there was a pitch invasion by Brazilian coaching staff, officials and journalists. The fight on the pitch lasted for half an hour, resulting in three players – two Brazilians and one Hungarian – being sent off.

The battle resumed at the final whistle and continued off the pitch, with the manager of Hungary needing four stitches in a face wound that he suffered in the changing room.

There have been suggestions that the battle was not just a dispute over a penalty. With Brazil being staunchly Catholic and Hungary being part of the Communist bloc, the hatred betrayed by so many of those present might have had religious and political undertones.