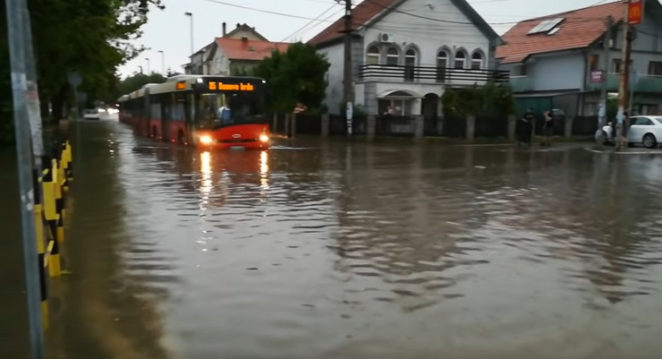 Flooded houses, playgrounds, streets, cars …The biggest damage to yesterday was caused by the inhabitants of Borca, but also the surrounding settlements that are still under water. In this part of the capital there are a large number of teams of various city companies, members of the Emergency Situations Department, but the situation is still very difficult.

The day after the heavy rain that hit Belgrade, a large amount of water was kept at some locations in the capital.
In Borca, where it was most critical last night, the consequences are being rectified, and at the very entrance into this Belgrade settlement, from the direction of Pupin’s Bridge, there is a warehouse of timber under water.
9,000 households without electricity, while now “seven large buildings are out of function.”
After the enormous precipitation, the most difficult situation is on the left bank of the Danube in the settlements of Borca, Kotež and Krnjača, where water is pumped from flooded households and the provision of roads for normal traffic.
In these parts of Belgrade yesterday, in one hour, 100 liters of rain per square meter fell.