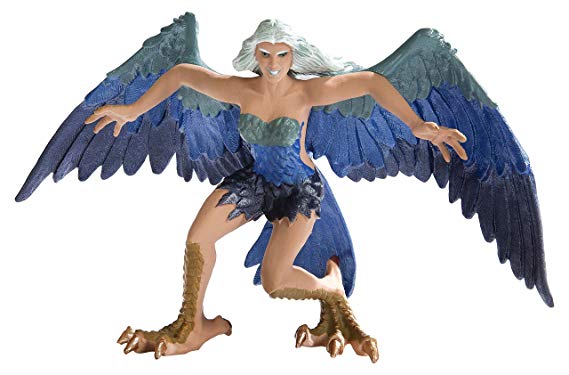 I enjoy the study of mythology.  Not just Greek and Roman mythology but legends, folklore, and myths from all around the world.  The study affords me the opportunity to contrast and compare those beliefs to the teachings of Christianity.

For this discussion, I am sharing the results of a quick study about the harpy.  Are you familiar with the harpy (or harpies, plural)?

The word “harpies” means “snatchers”.  They were known as the hounds of Zeus.  In Greco-Roman mythology, the harpies were monstrous bird-like creatures with a woman’s face. Believers thought these creatures acted at the behest of the gods, carried out acts of vengeance, and were snatchers of human souls.

“In the earliest accounts, the Harpies were not monstrous—they were simply spirits who represented windy or stormy weather, and they were depicted as beautiful young women with wings. Over time, however, they developed into terrifying beasts. They had long, fair hair and the faces and upper bodies of women, but the wings, tails, legs, and claws of birds of prey, with sharp talons made of metal. They were always ravenously hungry, and would steal food or even eat their victims before carrying away their souls. The Harpies were repulsive to look at, and they spread filth everywhere they went. They stank so much that whatever they touched gave off a terrible smell.”

By contrast, in Christianity, harpies are not to be feared because they don’t exist.  Christians are taught to only revere and fear The One Who has the power to destroy humans, both their body and their soul.  Believers know that Jesus Christ acted according to the will of His Father; taught there is only one true God, not gods; and preached the good news of faith, hope and love for the purpose of saving souls.