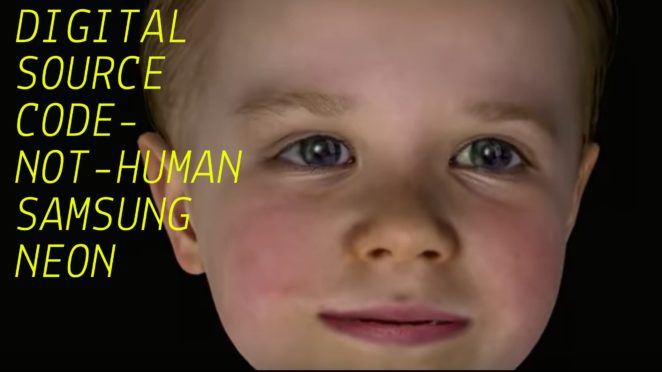 Be afraid, be very afraid!

They weren’t kidding when they said neon is an artificial human. These neon promo videos were hidden in the source code of the official neon website, a huge shout out to MTX j AKA go 431 who shared the original Reddit post: Bison Eska.  You guys are legends. So first look at the guy. He’s the same person in one early neon teaser.

I’m honestly finding it difficult to believe he’s actually a fully computer-generated character. Look at the detail in his hair skin and clothes. So, maybe the videos are generated but these pictures and the people upon whom the characters are based or at least some of them, are real because you need to listen to the Star-News reporter Chelsea Militano.

Now let’s strike her down yup that’s the same lady and this is also her real voice but these videos are not just people being filmed by cameras. If so, what would this have to do with artificial humans right? What makes more sense is they took actors like Chelsea filmed them and scanned their faces and expressions and movements recorded their voices and fed them into neon and then neon was able to generate these videos.

So then, it is really that smart and will be able to generate more videos like these in real-time based on new info, you, me, the president of a superpower,  fed into the algorithm that can be obtained based on your interaction with it. If we’re talking future personal assistants. Let’s go back and reflect on some of the teasers and you’ll see how everything starts to make sense now.

Pranav Mistry the CEO of STAR Labs and the inventor of neon he retweeted Shekhar Kapur a film director who said finally artificial intelligence that will make you wonder which one of you is real which means they both believe the end the result looks very realistic and convincing but one of the quotes on the card is, “I think therefore I am,” which hints that it is then a humanoid.