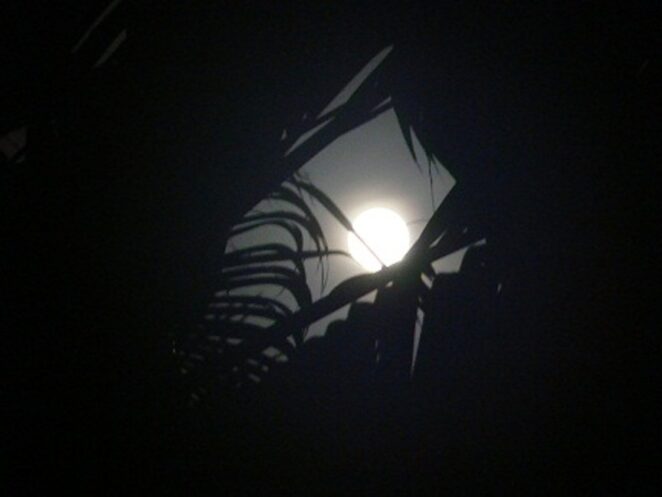 I had clicked this photo sometime last year.  I am an early riser and when I opened the kitchen door I just could not believe the moon was staring at me almost beckoning me to capture it in my camera.  That is exactly what I did.  The results were unusual  Its light had shut off everything else.

I thought it was a bit selfish on the part of the moon just to project itself and not the lush green leaves around it  Suffice it to say I was kind of amazed seeing these results.

It is not every day that the moon thinks of itself and not others.  Perhaps it was in one of those selfish moods.