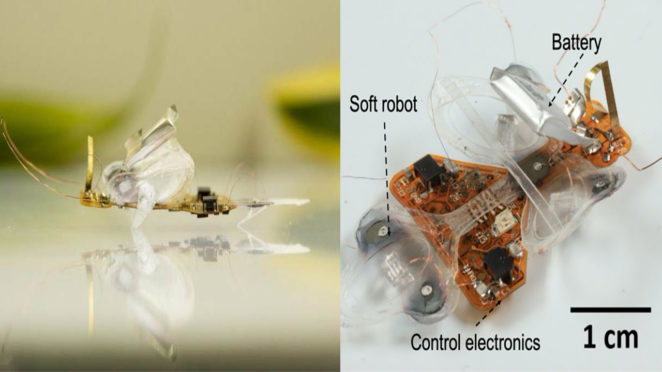 Worldwide insect-driven robots are on the run, and now French experts have made a robot fly that weighs just one gram. And it can lift more than five times its weight. Now if you try to hit it several times with your stick, it still stands up and begins to move. It’s named Densect  DEAnsect.  It is made up of three legs with artificial muscles that move 400 times a second. DEAnsect is in fact an acronym for ‘dielectric elastomer actuators’ with fine artificial muscular hairs that help to propel the bee forward. The robot does not fly, but it does move up and down the paths. The amazing robot fly weighs less than one gram but can carry more than five times its weight.

Bees are designed to perform a number of important tasks, rather than being called an exhibit item. Photodiodes installed on the fly play the role of the eye and the microcontroller acts as the brain.

Experts have passed this strange bee through various tests. The bee was crushed and twisted with a fly stick, but it did not die and continued to work. Interestingly, the fly can also operate automatically and move on a certain path.