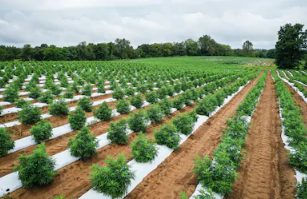 This is not just another filler type post, of the variety we are starting to see lately, ie. depicting endless selfies in various poses and mostly devouring endless streams of food or photographing plants/pets in dozens of poses and if I was writing just another agriculture-related article, I would have posted it on a farming newsletter like the “Ohio Farmer” I was doing research for a specific, non-related article on another writing site when I came across this “gem” Which is important enough to 100,000,000 Americans.

Marijuana’, also spelled ‘marihuana’ is Mexican in origin and generally refers to any part of — or any one of — the three distinctive subspecies of the cannabis plant: cannabis Sativa is one sub-species which tends to grow tall and stringy, while, cannabis Indica tends to grow smaller and bushier. Cannabis Ruderalis is found primarily in Russia and Eastern Europe.

When these plants are grown outdoors, the cannabis plants typically achieve maturity within three to five months but when they are cultivated indoors under optimum heat and lighting, the plant reaches maturity within as few as 60 days. Cannabis is the third most popular recreational drug in America (behind only alcohol and tobacco) and has been used by nearly 100 million Americans. According to government surveys, some 25 million Americans have smoked marijuana in the past year, and more than 14 million do so regularly despite laws against its use.