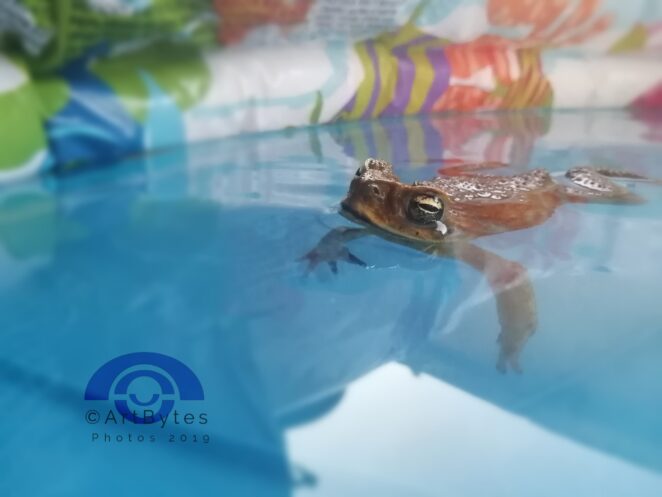 This was taken a few weeks ago.

This is one of the frogs that my son caught. They played in their inflatable pool earlier that day and I haven’t emptied the water yet.

Later.that day he saw three or four frogs on our garden. He caught I think three of them. He placed them in the pool to see them swim.

My son loves to play with frogs. He loves catching them. He wanted to keep them as pets, but I always tell him they should let them free so they can eat the mosquitoes.

Anyway, he can always catch them again if he wants to play with them.