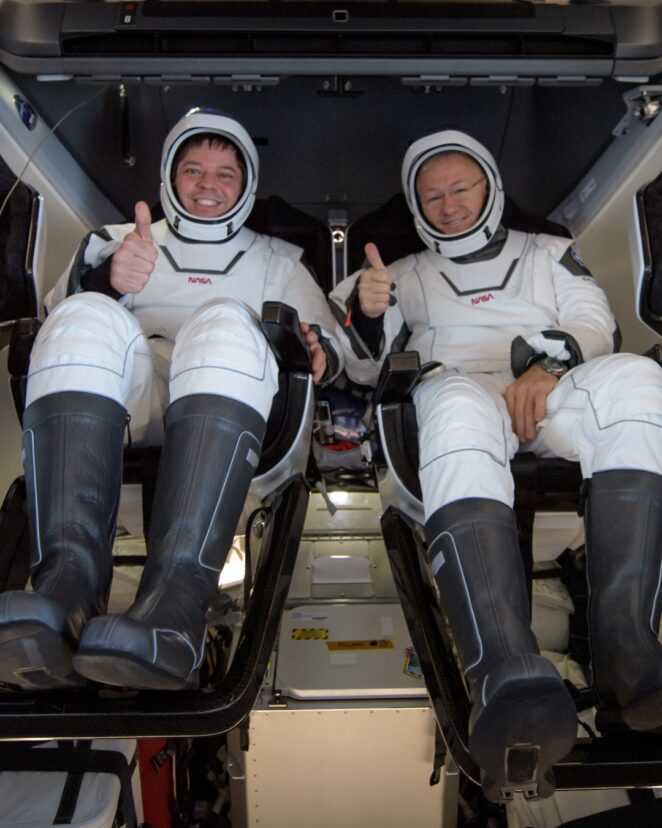 After 64 days in space, two NASA astronauts successfully made it back down to Earth on board a privately built vehicle, in what is being called a landmark mission.

U.S. astronauts Bob Behnken and Doug Hurley became the first crew to fly billionaire Elon Musk’s SpaceX-built Crew Dragon capsule to the International Space Station on 31 May, and back, marking a giant leap towards private travel to space.

Behnken and Hurley splashed down in the Gulf of Mexico on 2 August, to the sound of laughter and applause from the control room, in what was NASA’s first crewed mission from home soil in nine years.

But for many, the mission, named Expedition 63, represented something much larger and was an important step in proving that a private vehicle could take astronauts into space and back safely.