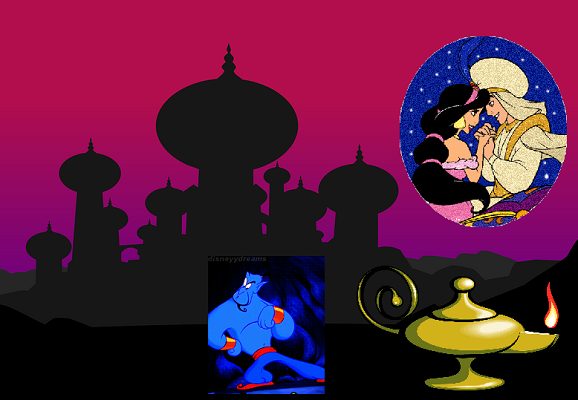 As a child, I remember reading most of the traditional Western (or European) fairy tales.  Cinderella, Sleeping Beauty, Snow White, etc.

But my favorite fairy tale was non-Western.  It was plucked from oriental folklore:

Aladdin and the Magic Lamp

The tale of Aladdin is one of the most famous tales Scheherazade told. But #didyouknow it doesn’t appear in any of the manuscripts of the original 1001 tales? Learn more. “Surprising Facts about Aladdin and the Arabian Nights – Interesting Literature” https://t.co/lkurqS2wVL pic.twitter.com/OOFVt81rJo

"1001 Arabian Nights: The Stories Behind the Story" ~ 1001 Nights, for many more known as Arabian Nights is one of most popular collections of #fairytales of all times. But in its original form it is not appropriate for kids… Learn more. https://t.co/EBtuSPEEg2 pic.twitter.com/XmYw9EFzoT

“Hans Christian Andersen – a few words on his originality” ~ The Tinder-Box is the first published #fairytale by H. C. Andersen. … it's a plot copied from Aladdin's Magic Lamp. … Andersen was a big fan of #ArabianNights … ~Learn more. https://t.co/rHwut43FzL pic.twitter.com/UBgA7fFM0F