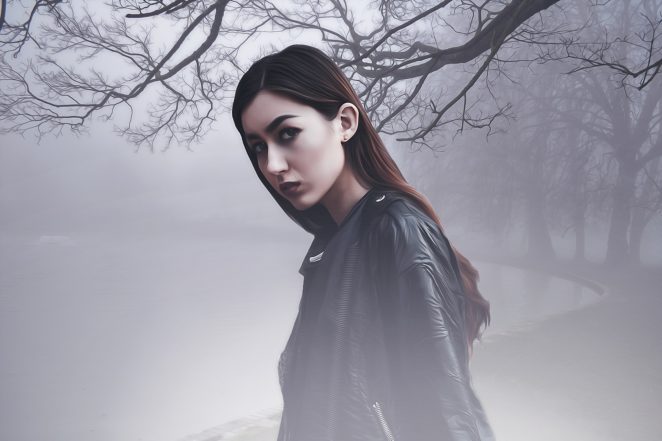 “The red and golden autumn leaves crunch loudly beneath her soft leather boots. The wind is now whistling, turning the dense fog into an eerie, swirling, living entity and sharply brushes her face. She hugs her black leather coat tightly around her as she shivers. Only another mile before she’s is snuggling by a cozy fire. She dreams of sipping a glass of

hot mulled wine as the pungent aroma tickles her nose.”

The weight of the silenced Beretta weighs heavily in her moist hand as she starts walking back towards the lonely, Michigan bypass…