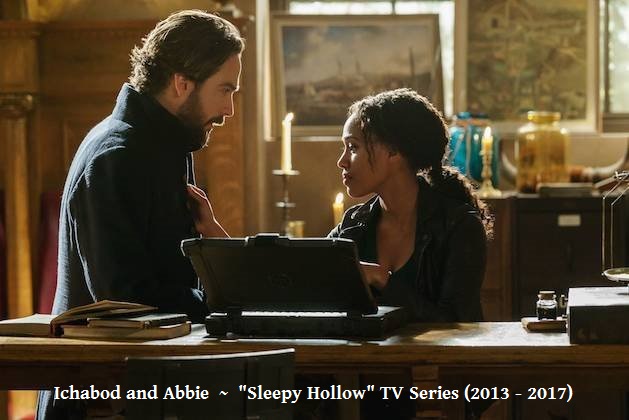 The book, “THE LEGEND OF SLEEPY HOLLOW” by Washington Irving has been adapted to film several times.

The Sleepy Hollow FOX TV Series ran for 4 seasons.  It aired from September 2013 to March 2017. I loved this show!  But when they killed off my favorite character, Abbie Mills, that was it for me!  Ichabod and Abbie were never romantically involved but the chemistry between the two was electric!  They made a great team!  I was so disappointed with the elimination of Abbie, I didn’t even follow it through to the last episode.  There was no point.

(Note:  It’s a great show to binge watch during Halloween.)

Wait… there is a 1980 made-for-TV “Legend of Sleepy Hollow” with Jeff Goldblum and Meg Foster?!? How did I not know this?!! pic.twitter.com/uh8PwiPg7x

the look of summer is, for the 39th year in a row, Jeff Goldblum as Ichabod Crane in the 1980 tv film The Legend of Sleepy Hollow pic.twitter.com/iKbgtALhtR

Title: The Legend of Sleepy Hollow
Media: TV (based on story)

This cartoon sits in my memory as one of the first scary things I saw as a child. I loved it, would check the listings to see it again, couldn't wait for next year. pic.twitter.com/1Mqiw22Xtl

5 years ago today, #SleepyHollow premiered with one of the best TV pilots I'd ever seen. #goodtimes pic.twitter.com/Mziat6xnlz