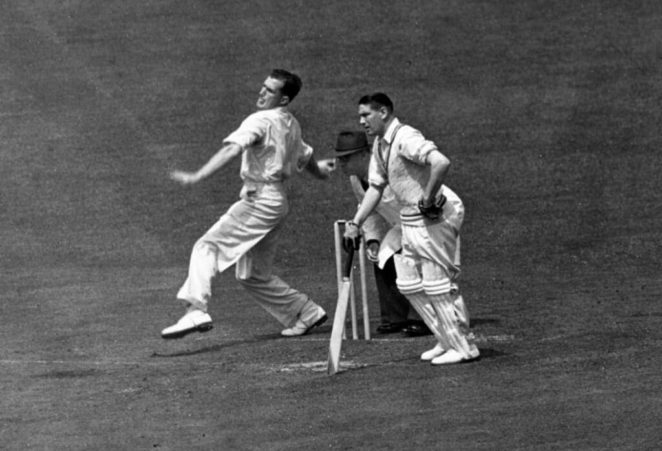 James Charles Leker was a an English Cricketer. He was a right arm off spinner bowler.  He was born on Feb 09, 1922 in Yorkshire. He represented England in 46 test matches from 1948 to 1959, scored 676 runs and took 193 wickets. For his achievements,  Laker was selected as one of the five wisdon cricketers of the year in its 1952 edition.

On this day in 1956 (31 July 1956) he created a world record. Against Austrailia in Old Trafford he took 10 wickets in an inning an became the first bowler to claim all ten wickets in one inning. He took 19 wickets in that match.