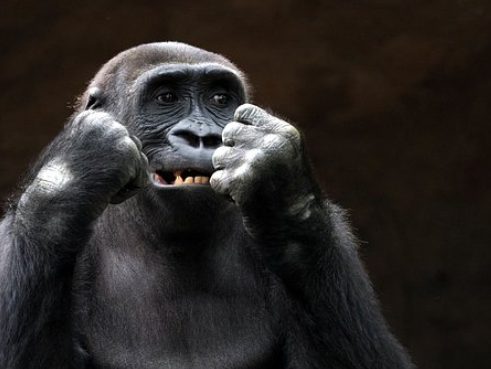 The monkey in the image is certainly making a fist at the photographer, but, no, A monkey’s fist or monkey’s paw is a specific type of knot, and is so-called because it actually looks a lot like a small bunch of fists/paws. This special knot is tied at the end of a rope to act as a weight, which makes it easier to throw, and is also an ornamental knot. This weighted rope was also once used as a hand-to-hand weapon, used by sailors, called a slungshot. In the past, it was also used in rock climbing as an anchor, by wedging it into a crack. It is still sometimes used in sandstone climbing, e.g., Germany’s Elbe Sandstone Mountains.