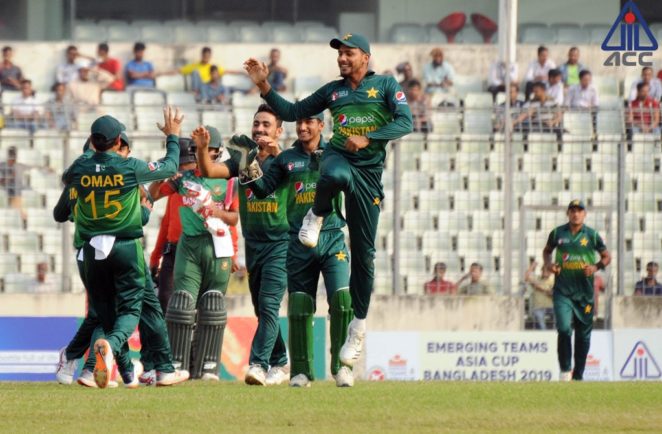 At a time when the Pakistani national cricket team is struggling against Australia, there has been good news from Pakistan’s junior team. Pakistan junior team wins Emerging Asia Cup by beating Bangladesh in one-sided match.Pakistan’s junior team has been unbeaten in this entire tournament. Pakistan Junior team won all the matches quite easily except India’s match. The Indian Emerging Team was the only team that gave Pakistan a tough time and the match was decided on the last ball. Eighteen year old wicketkeeper batsman Rohail Nazir has emerged as the new star of the tournament. As Pakistan’s national team is looking for an authentic wicketkeeper batsman, so it is to be hoped that Rohil Nazir will soon represent Pakistan at the national level.