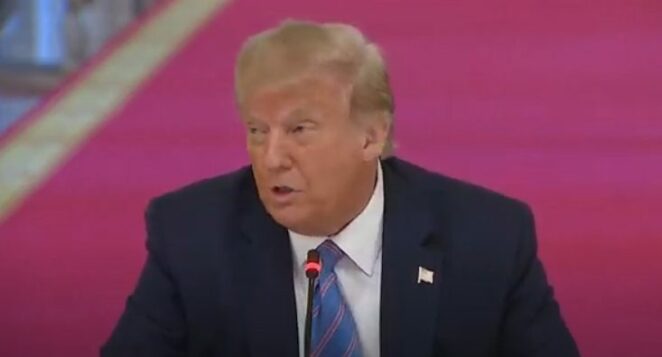 What an honor it must be to be living in America under such an incredible team of leaders. It is such a pity that so many do not share those sentiments and instead seek the route of the maverick steer. Listening to the proceedings, my chest swells with admiration, envy, and also pride. A pride founded by a dream I had of a fair-haired man who would rise in America, the west’s symbol of freedom and liberty upon whose shoulder God’s hand would be. When Donald J. Trump announced his running for the presidency, wrote and published an article, congratulating him with winning the vote of the people, 48 hours before he won!

Like I said above, just in case you missed it, watch this incredible video: