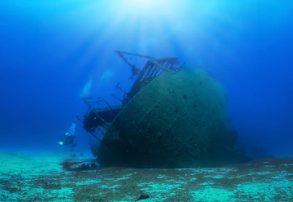 In July 1915, Charles and his ten-year-old daughter, Charlotte, were excited about a company cruise the next day. That night, before the cruise, Charles had a bad argument with his boss, which ended with the boss spitting on a painting of the Virgin Mary, hanging on a nearby wall.

Charles was so mad, he fell sick and canceled their trip. He and Charlotte missed the company cruise on the SS Eastland, which sank with over 800 people on board—and no survivors. But without my grandfather and mother. Thanks to that miraculous argument 100 years ago, there are 22 descendants alive today that would not have been born.