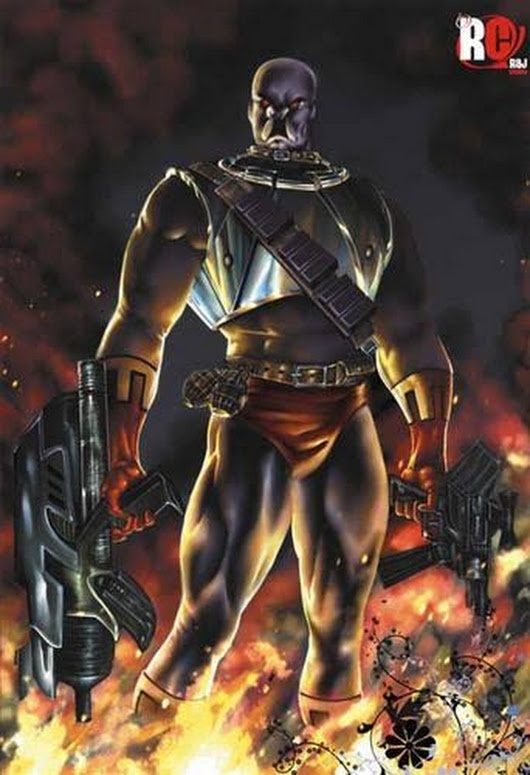 Doga The name goes to Dog; being raised with dogs he understands their language. Doga’s real name is Suraj (Sun) which was given to him under circumstance. Doga is disciple of Four Lion brothers, who trained him in Body Building, Boxing, Martial Arts and Shooting.

Doga is the Negative Superhero because he doesn’t respects the law and ruthlessly kill criminals. For Law, Doga is a Criminal, but for Public Doga is their protector who save innocents on time instead of waiting for legal processes.