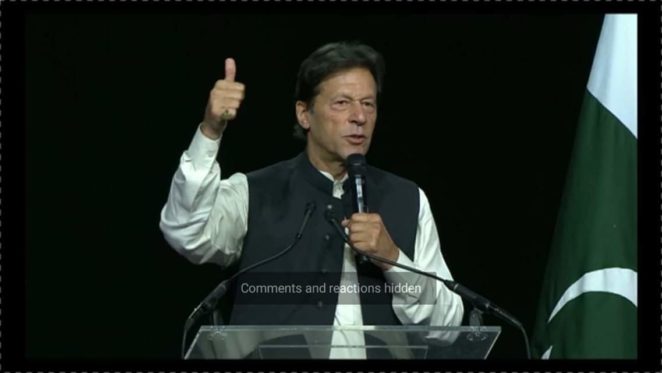 Hi friends, this is the picture of our beloved Prime Minister. He is 22nd Prime Minister of Islamic Republic of Pakistan.  His name is Imran Khan and he was born on October 05, 1952 at Lahore.  Beside politics he is a universal celebrity.

Before entering in politics, he was a Pakistani international cricketer. He played 87 tests and 175 ODIs for Pakistan. He led Pakistani team for almost ten years. Pakistan won the only ODI world cup in 1992 under the leadership of this man. The cricket pundits consider him one of the best captain in the history of cricket.

After retirement from cricket in 1992, he focused on social work. He built a cancer hospital on the name of his late mother (Shoukat Khanum) in lahore where 70 percent patient get free treatment every year. He built another cancer hospital at Peshawar a fews year back. He is also the founder of Namal College, where 90% poor student get free education.

He laid the foundation of Pakistan Tehreek e Insaf (his political party) in 1996. After the struggle of 22 years, finally his party took majority in general elections 2018 and on August 2018 he took the oath as a Prime Minister of Pakistan.