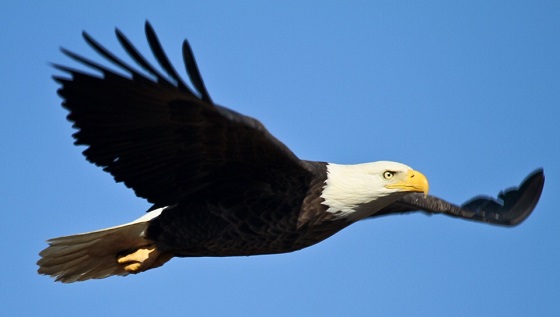 The eagles are back and soaring again!  Did you know the American bald eagle almost became extinct?

But environmentalists took the necessary measures to stop the most admired bird of prey in the world from being preyed upon and brought them back!!

In her book, “The Eagles are Back”, Jean Craighead George tells the story of the dramatic comeback of the American bald eagle, the national symbol of the United States,  once dangerously near to extinction.  Featuring vividly detailed paintings from landscape artist Wendell Minor.

The American bald eagles are birds of prey but worthy of respect. They have long been a symbol of strength and honor, for might and for courage, and most of all it signifies majesty. When Rome ruled all the known world, for them the noble eagles represented sovereign power.  At one time these raptors were almost wiped out of existence, but mankind admitted to their mistakes and set about to rectify the unwarranted termination of these birds. It’s an amazing and wonderful thing to know that they are soaring through the blue skies over the United States of America once again.  The Eagles Are Back!!!