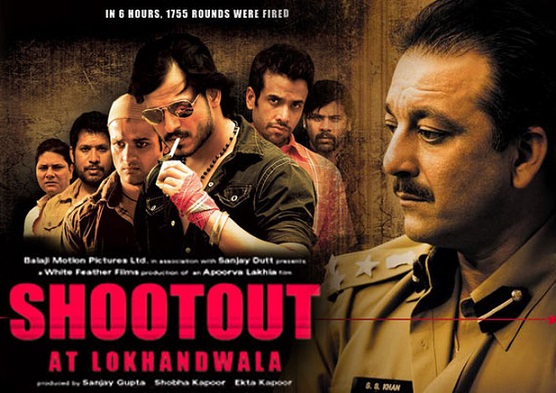 This movie was intense!

– What happened? 5 hardcore criminals got what they had coming to them.

(I love movies where the bad guys get their comeuppance!)

– What happened after that? The law enforcement officer in charge of making sure the criminals got what was coming to them had to go to court to defend his decisions and actions.

(That’s what usually happens.  The ones who were on the firing line taking the heat, and who have to make the really hard decisions AT THAT MOMENT! … when all is said and done and the bad guys are no longer in this world … the Good Guys have to explain WHY they showed no mercy to cruel merciless bad guys and took ’em out!)

I was shocked when I realized it was a TRUE STORY!  Dang!  It’s HOT in Mumbai!  This city must be the New York of India.

Lokhandwala will keep you glued to your seat from beginning to The End.