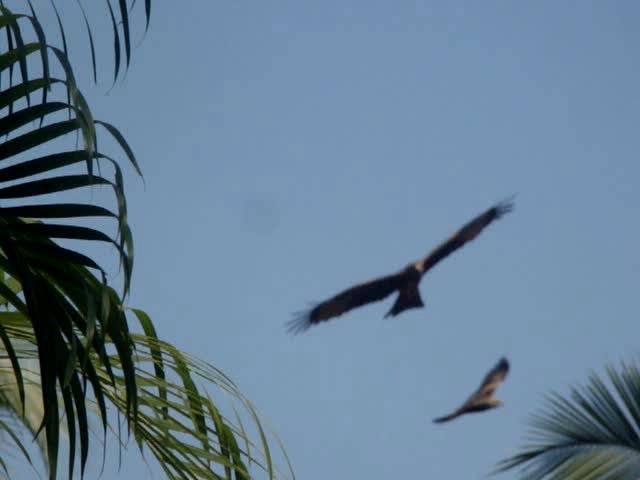 This is what a photographer would say – A  bird in flight is worth two in a bush’  After several attempts I captured this bird in flight.

That is the image of a kite.  It has a gentle sweep but its nature is not as gentle as its sweep  They look around and wait to grab baby birds. I have seen them grab chickens from off the ground.  I remember when a chicken fell off its beak and we took care of that chicken. It could not eat on its own as it had a broken beak.