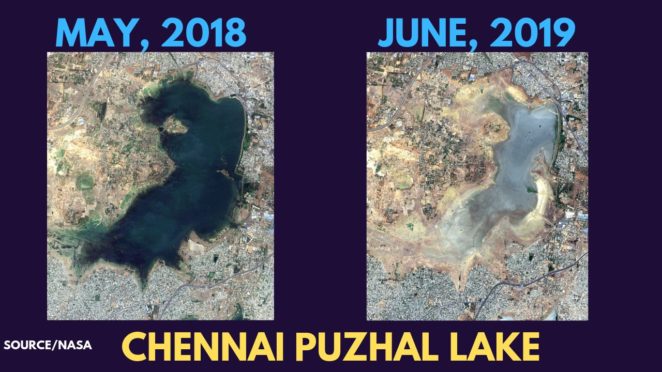 If you do not know about water shortage in Chennai in India, I would like to grab your attention on this matter. Chennai is the sixth largest city in the southern part of India, which has been facing the biggest water scarcity for the past 30 years. Literally, the city is running out of groundwater, and most of its surface water sources have been dried.

The government of India is running the special train to supply water to 7 million people in the effective areas of Chennai. Even NASA published a photo of one Chennai lakes which has completely dried in just one year. This lake was the biggest source of rainwater to Chennai, but now, because of less rainfall in the past year, it has only 0.02% water left.

Even, Hollywood actor and philanthropist Leonardo DiCaprio expressed his concern towards the situation.