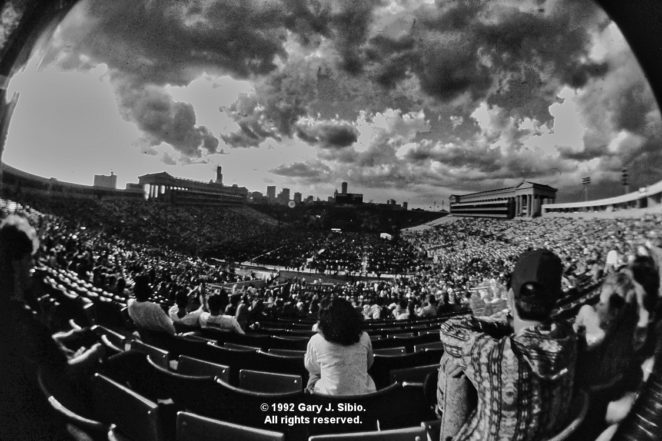 From 1965 to 1995 The Grateful Dead were one of the most popular concert acts in the world despite the fact that, in the course of their thirty year career, they had only one top ten hit.

This photo is of the inside of Chicago’s Soldier Field as the fans, who call themselves Deadheads, took their seats waiting for the concert to begin. Despite the rather ominous looking clouds i the sky, it never did rain that day. The concert was terrific.

The photo was taken before Soldier Field was remodeled. It now looks like a huge spaceship landed in the middle of it.