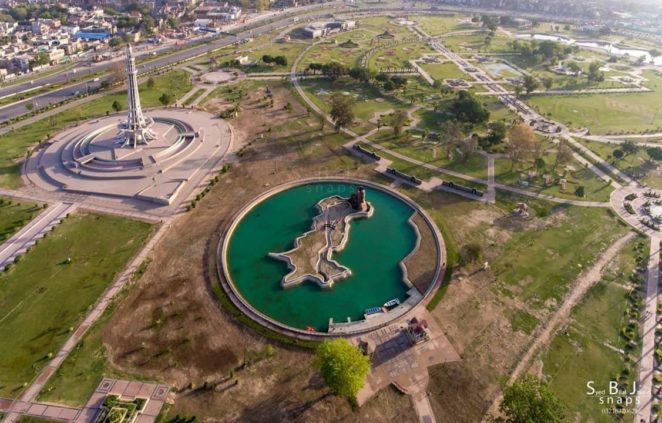 Badshahi Mosjid, Shahi Qilla and Royal Garden are located just  opposite of this Minaret. The Tomb of great muslim saint Syed Ali Hijveri (Data Gunjbaksh) is about one KM away from Minar e Pakistan.