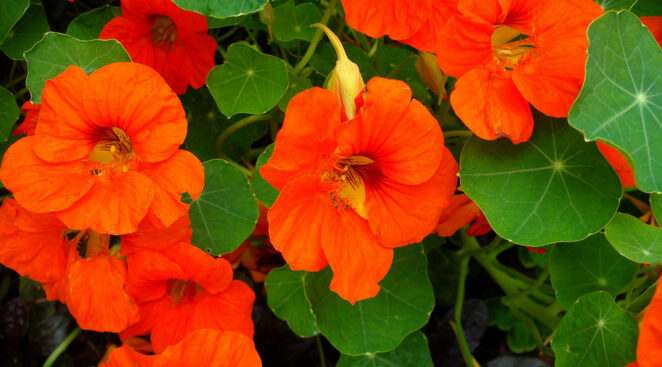 A touch of beauty

When it came to eating these plants, nasturtiums weren’t consumed until it was taken to the East, where they were eaten and used for tea.

Nasturtium carries a mildly peppery flavor with an aroma reminiscent of mustard. For some time, it was also known as “Indian cresses” due to the similar flavor profile between nasturtium and watercress, and because they were introduced from the Americas (then known as “The Indies”).