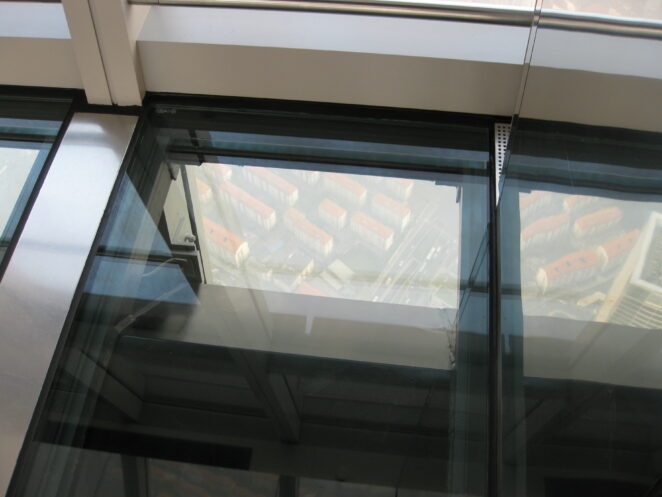 Can you imagine a glass floor? Glass bottomed boats are all the rage! You get in the boat, pull out to a reef (like the Great Barrier reef), and watch fish through the bottom of the ship. It is a fantastic experience and one that I have enjoyed many times. But, in Shanghai, there is a building called the Financial Towers, it is a twin tower that replicates what once was the World Trade Center in NYC. Two towers, the switch up for this building? On the top floor, there are two observatories (the World Trade Center had an observation deck on one tower and a restaurant on the other called Top of the World). Between the two observatories, there is a glass tube. I don’t have another name for it. It is a glass tube. Glass for the ceiling. Glass for the floor. The pictures include looking directly down from the glass tube to the machinery for the building in the middle section. It took me a couple of minutes to cross the bridge. The impetus for me was the eight-year-olds scampering across the floor without a care in the world. If an eight-year-old could do it, I should be able to do it as well, right? So I crossed the glass floor.

It did take me 10 minutes to work up the courage to cross the chasm. I would have been fine, but I was geeking out at the engineering, so I looked down at the start.  I should, by this time of my life, realize that looking down was a bad idea. I also was proud enough that I wouldn’t go back to the elevator and go down the same one I came upon in the first place. I was going to get across, and that was that!

I did make it across.

But I did hold the guard rail as I crossed. I was proud of myself for taking a couple of pictures through the floor. The other images were while we were in the tube. The smog was terrible that day. It is a little better now I have heard, but when I was in Shanghai, the pollution was awful. It was fun to be high above the smog and the city and to look down!

that, is a glass floor 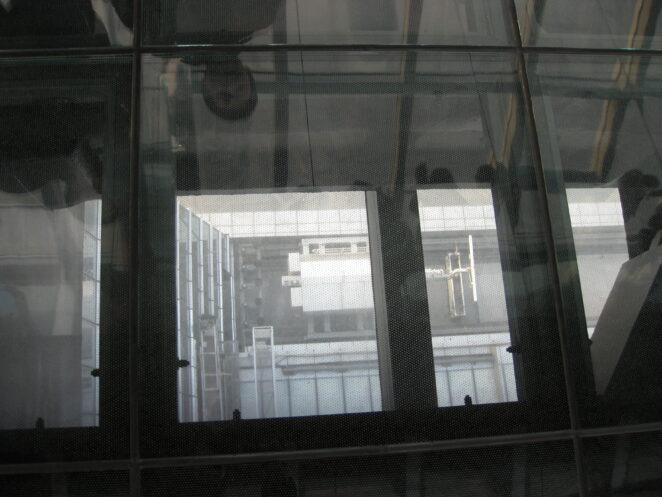 the building has a glass bridge between the two towers. 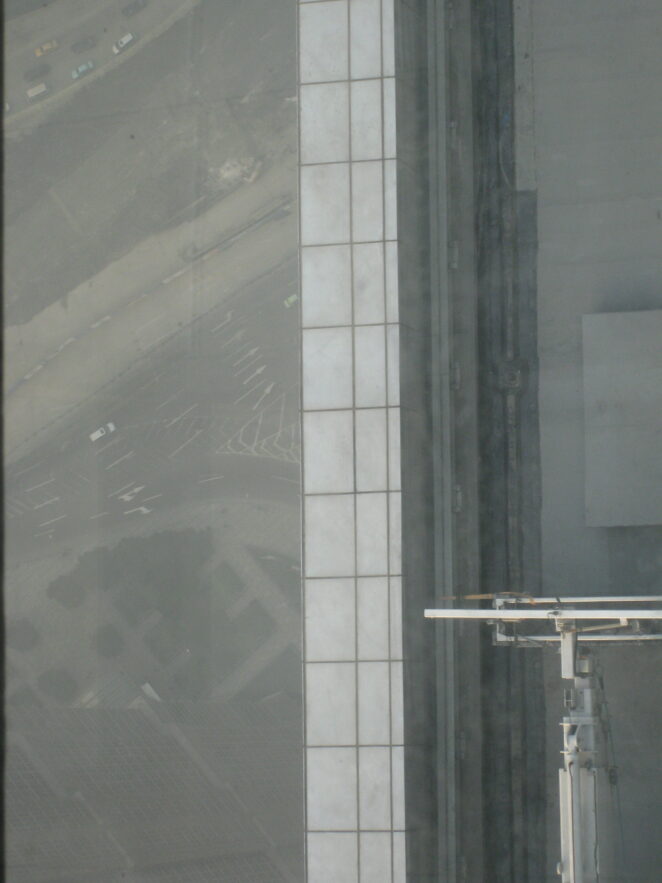 as far as the eye can see well or not 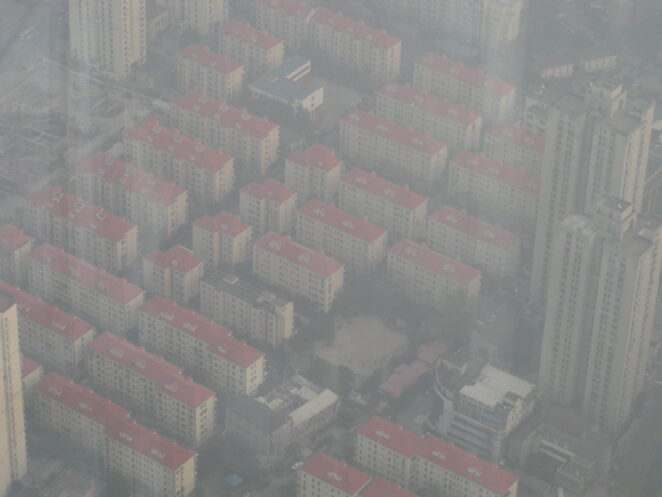 those are apartment buildings and smog