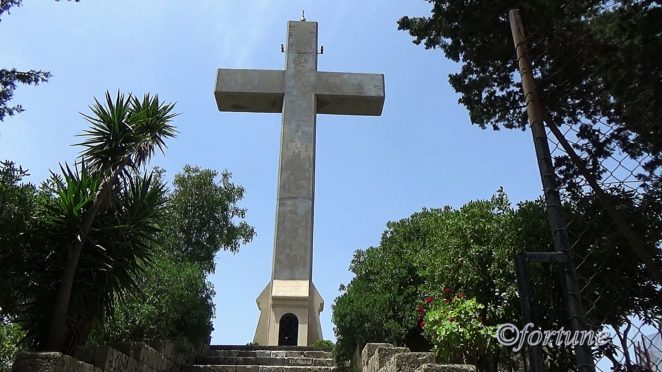 At Filerimos, one of the Rhodes attractions, in ancient times, was the acropolis of the city of Ialysos- it was one of the three mighty Dorian cities of Rhodes. The main attractions of this area are the monastery and the Church of the Holy Virgin (15th century), the cell of St. George with frescoes of the 15th  century, the remains of the temples of Zeus and Athens (4th and 3rd century BC) and the fountain.

Not far from the monastery, Catholic monks paved the path to Golgotha. It is equal to the distance Jesus crossed. The road goes along a cypress alley and is marked with stone buildings, which depict Christ’s passions. At the end of the alley, there is a cross, it was put instead of the ruined earlier. Inside the cross is the observation deck.