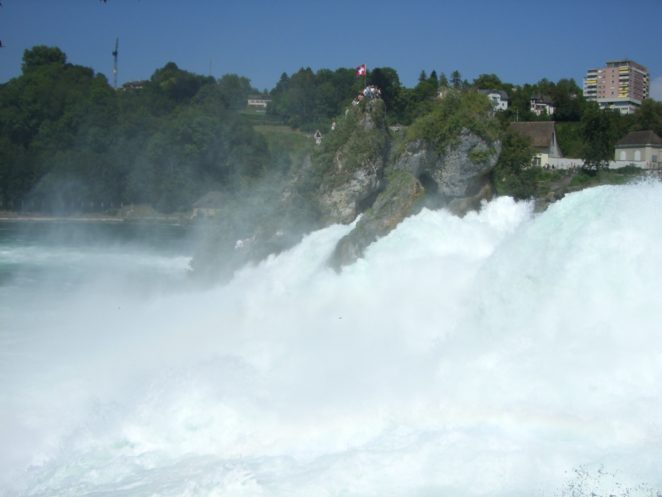 One of the most spectacular sights I have encountered during my journeys is undoubtedly represented by Rheinfall, the largest plain waterfall in Europe. This mind-boggling display of nature’s beauty lies near the Swiss town of Schaffhausen, close to the German border and not far away from the wonderful city of Zurich either. 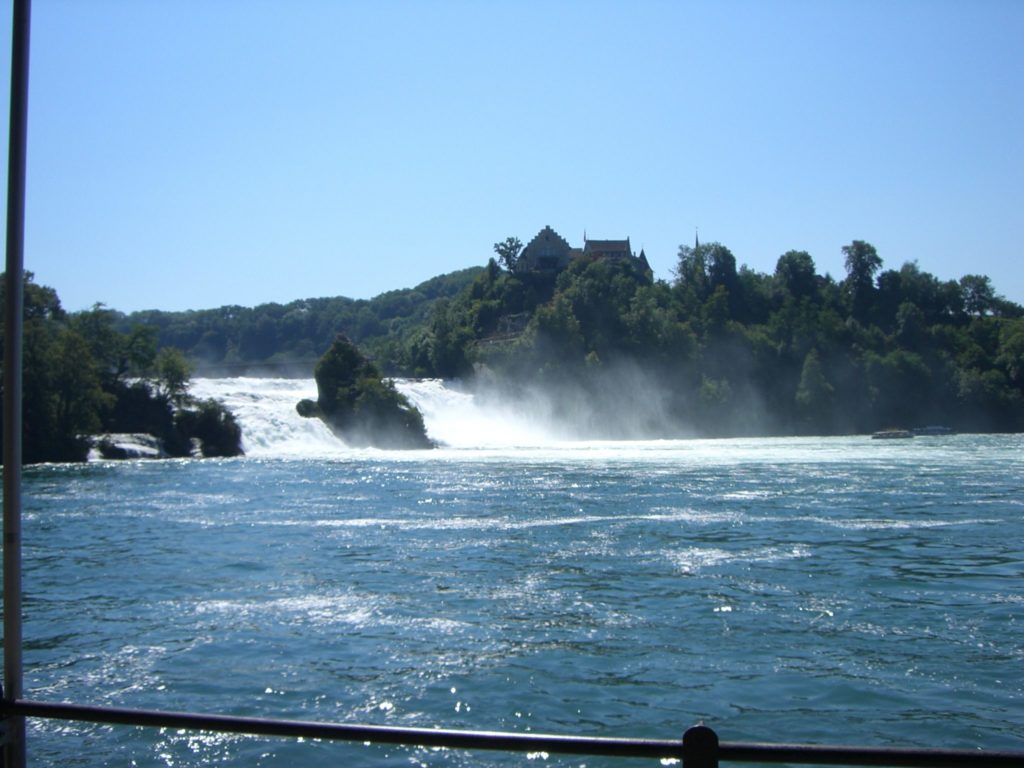 Visitors can first admire this unique waterfall from a castle situated on a small hill nearby. When they cross the bridge which allows them to see the waterfall from behind, their feelings of awe and admiration towards this amazing sight increase. 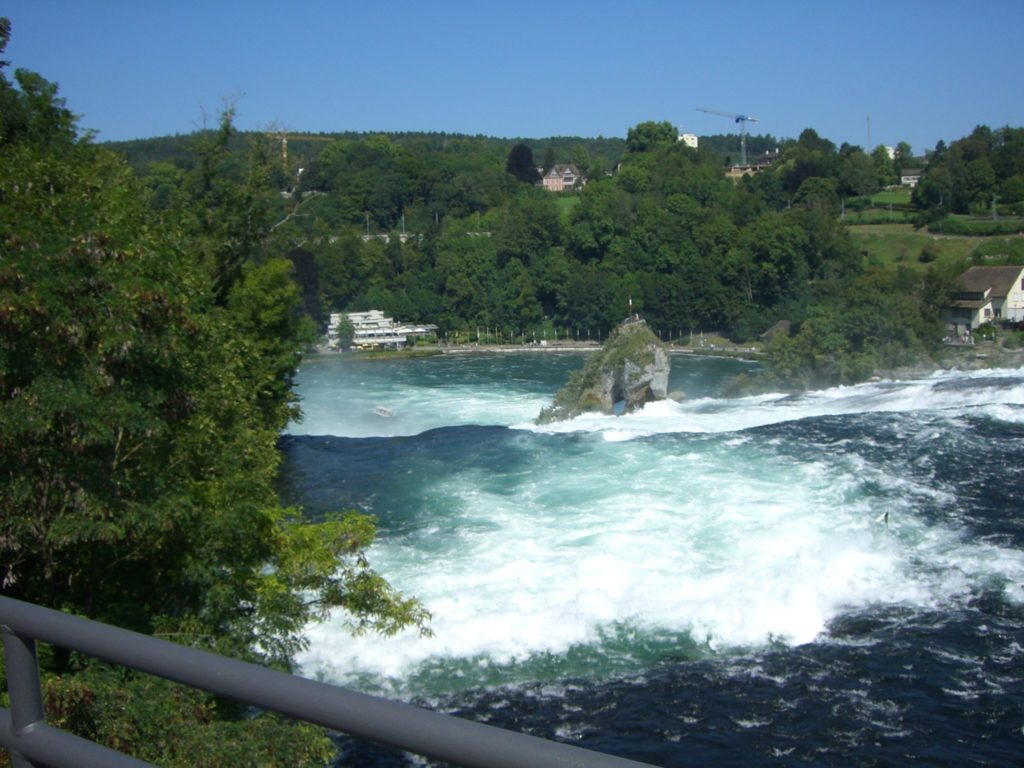 However, the entire greatness of Rheinfall can best be experienced by embarking on a boat that will take people to a rock called the Rheinfallfelsen which stands like a watchman right in the middle of the Rhine river. After climbing a narrow stairway to the top of the rock, the reward is another fabulous view of Rheinfall. 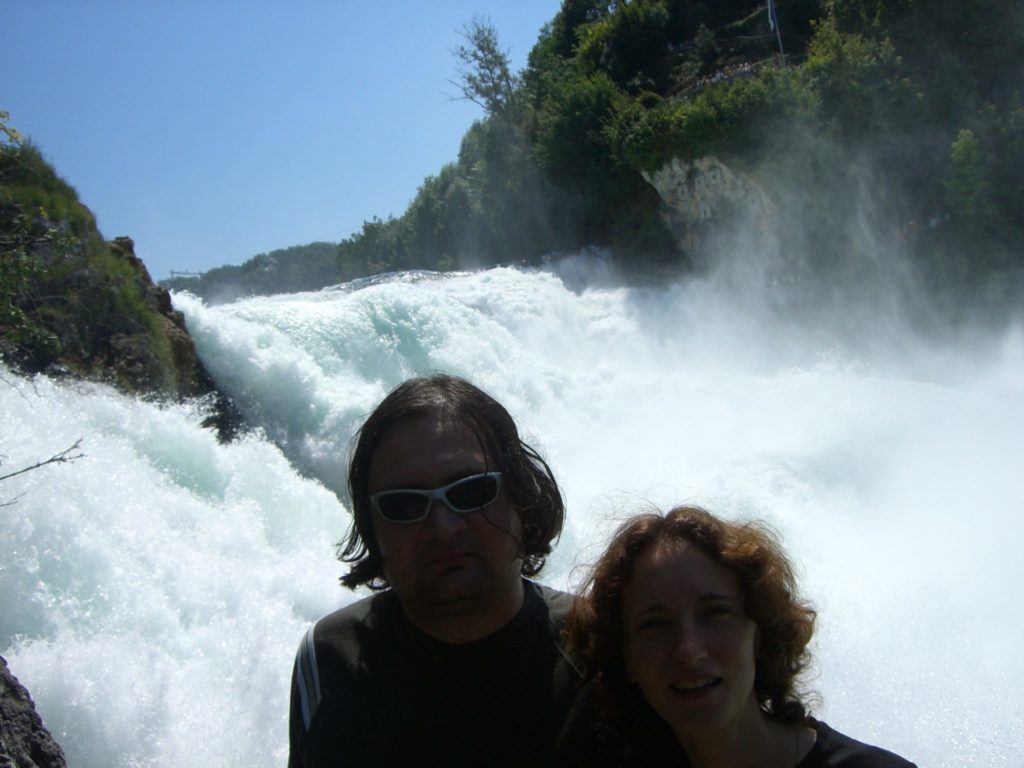 The plain waterfall, which is 150 meters wide and 23 meters high, can also be admired in its full splendor from a platform which is placed as close as possible to the fast and furious torrents that interrupt the rather calm and smooth flow of the Rhine. 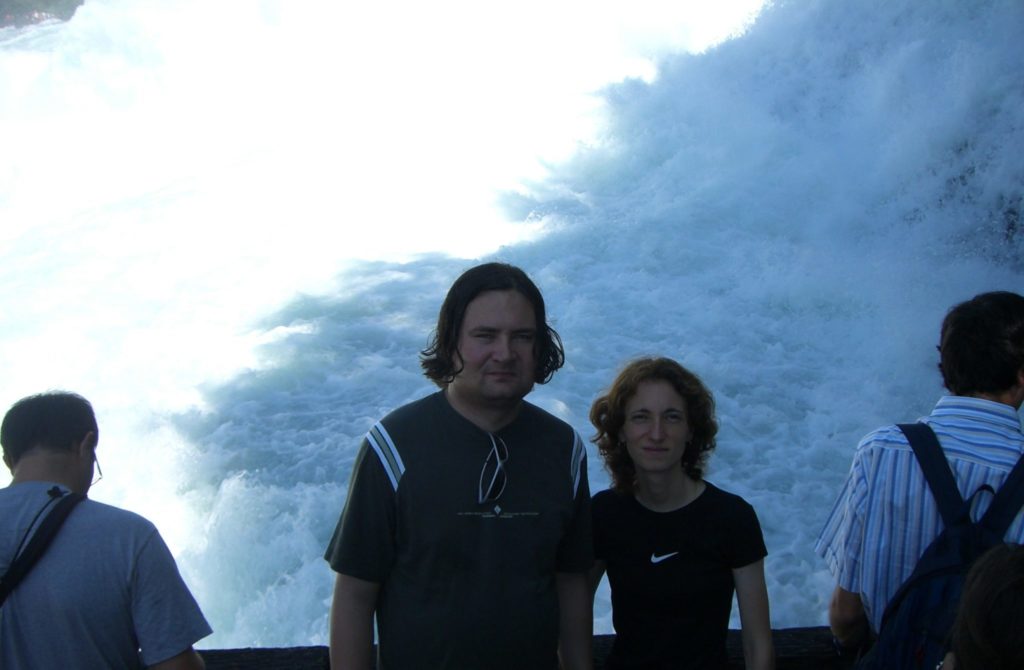 The thundering roar of the raging waters which are only a few meters away from tourists represented the most impressive part of my journey to Rheinfall. Being so close to the torrents was a little scary, but it was also a fabulous experience for me. 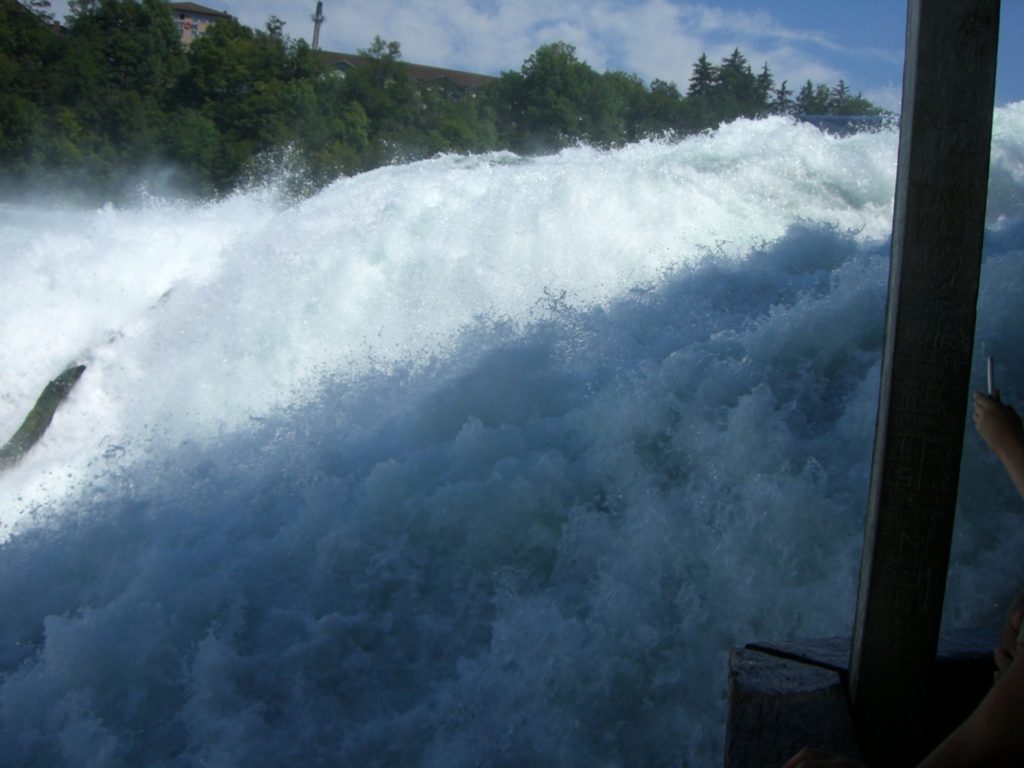 Rheinfall has been unleashing its raging waters for a period situated between 14,000 and 17,000 years, the estimated time in which it appeared, and it will keep on rocking the usually calm waters of the Rhine for thousands of years to come if people don’t intervene in this process. It’s one of Europe’s natural wonders, a breathtaking sight that will certainly leave a profound impression on all those who are lucky enough to see it!