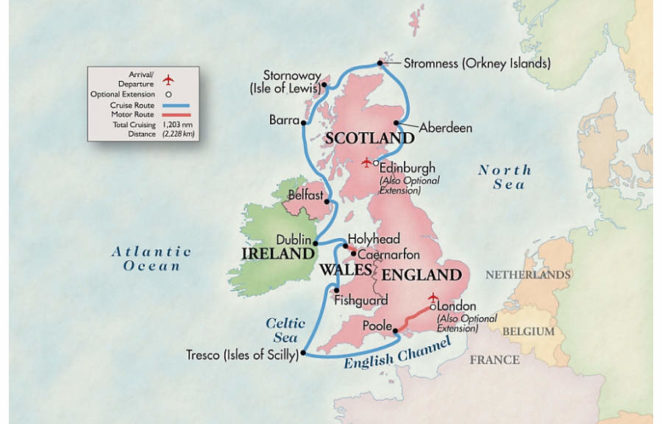 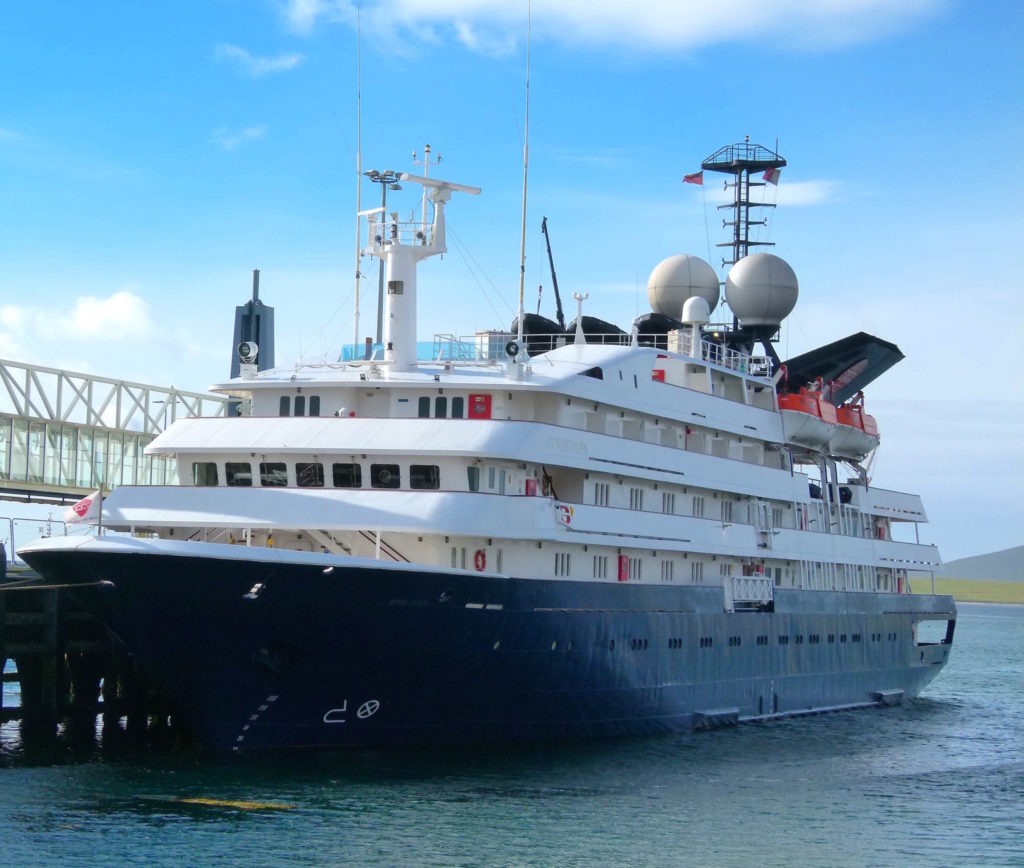 Oh, the treasures we are going to see. My “Maritime Jewels of the British Isles & Ireland” cruise is exactly that – a cruise filled with gems. Grand Circle Cruise Line has certainly come up with some wonders for this trip aboard the M/V Corinthian.

I already have my itinerary, luggage tag and name tag which were all postal mailed to my home by Grand Circle Cruise Line and I’m ready to go. Inside the mailing is a packet of useful information including a handbook with the names and hometowns of my fellow travelers, plus a detailed day-by-day schedule and tips such as the weather and currency in each country we will visit.

My program director Charley Bennett also has emailed me an intro to herself as well as a photo so I will know what she looks like. Charley also told me that I will be in the “blue” group of travelers and said she plans to telephone me for a chat before I leave home. Grand Circle is meticulous in its planning and its attention to detail which I really appreciate.

One of the special services that Grand Circle offers is dividing travelers into smaller groups so that we aren’t all crowding into the same attraction at the same time. The 98-passenger M/V Corinthian has four program directors and each group will have no more than 25 travelers. We also will have separate buses for excursions so everyone is usually assured of getting a window seat for a better view.

On our cruise, we’re going to sample Scottish whiskey and stroll through Scotland’s “Silver City” of Aberdeen.  We’ll visit a World War II chapel built of tin by POWs but painted to look much more grand. In the fishing village of Stornoway, we’ll hear the sweet song of a melodeon, a centuries-old instrument. We’ll see the famous murals in Belfast and learn about Northern Ireland’s age-old conflict between Catholics and Protestants.

We’re going to visit Trinity College to view the 9th century Book of Kells and enjoy a home-hosted lunch in Dublin. In Wales, we’ll tour the National Slate Museum. In England’s Isles of Scilly, we’ll walk the shell-covered beaches and rolling heaths of Tresco. In London, we will see Tower Bridge, Westminster Abbey, River Thames, Tower of London, Buckingham Palace and much more.

And that’s only part of it. We will spend 10 nights aboard the M/V Corinthian, along with an arrival night at an Edinburgh hotel and two end-of-trip nights at a London hotel.

Aboard the ship, we’ll enjoy local dancers, singers and guest speakers on a wide variety of subjects. Of course, we will cruise the seas and eat, eat, eat. The M/V Corinthian is famous for its international cuisine.

Founded in 1958 to serve AARP (the former American Association of Retired Persons), Grand Circle specializes in offering travel to Americans over age 50. No children are allowed. Alan and Harriet Lewis acquired the company in 1985 and it now has a dedicated fan base who have traveled with Grand Circle numerous times.

In 1993, Alan and Harriet expanded the product line by purchasing Overseas Adventure Travel to provide adventurous safari experiences. Five years later, the couple launched Grand Circle Small Ship Cruises with a fleet of some 60 privately-owned and/or chartered ships. Resembling a luxurious yacht, the 49-cabin M/V Corinthian is big enough to be comfortable but small enough to easily dock at some of the islands that big ships seldom get to visit.

This looks like a fascinating cruise and I hope you’ll come along for the journey. Hard telling what treasures we will discover. I’m curious to see what Grand Circle does that has created such a legion of devoted travelers. 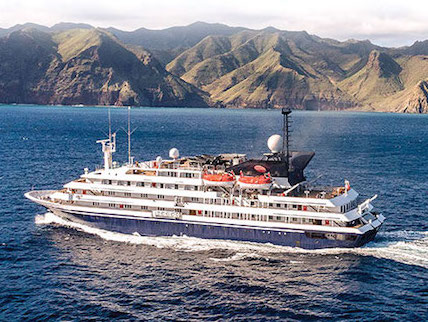 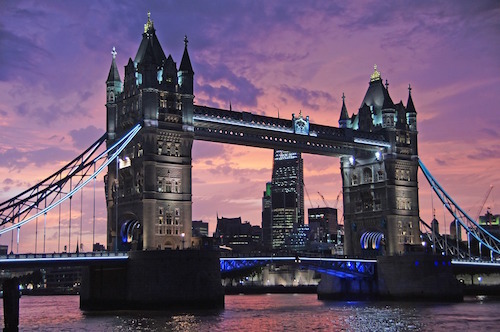 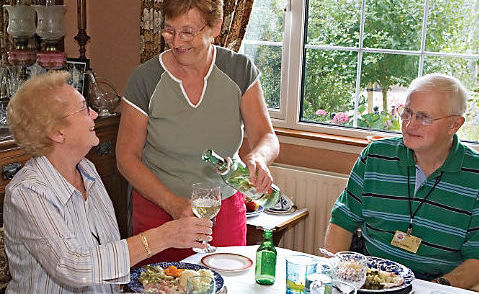