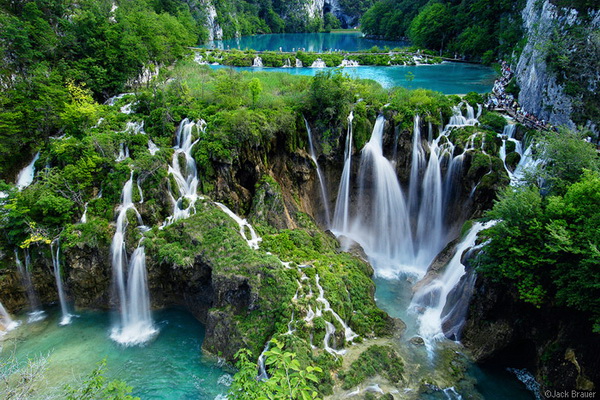 Plitvice Lakes are the oldest and largest national park of the Republic of Croatia. The park is located in Gorski kotar, between the mountain chain Male Kapele in the west and northwest and Lika Plješivica in the southeast. With its exceptional natural beauty this area has always attracted lovers of nature, so it was already announced on April 8, 1949 as the first national park in Croatia.

The process of secession, creating sedentary barriers and creating lakes, represents a unique universal value for which the Plitvice Lakes received an international recognition on October 26, 1979, by enlisting on the UNESCO World Heritage List. The lake system consists of 16 named and several smaller, cascading lakes.