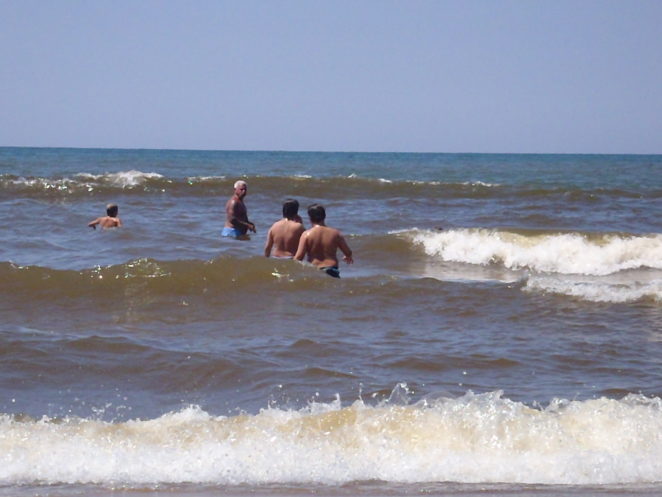 More images of Indiana Dunes State Park. These of the kids swimming. It is hard to imagine the size of Lake Michigan. It is a huge lake. Nothing, of course, like the size of the Oceans of the world but a large lake. In the last couple of pictures, you see Lucas perfecting his concept of wave jumping. That activity was actually done much later more, as we would be near the ocean and the waves were much larger.

It was truly a hot day, that day. I think it was probably close to 90. The white sand made it feel like it was 100 plus degrees.

Still, we had an absolute blast on the Dunes of Indiana Dunes.