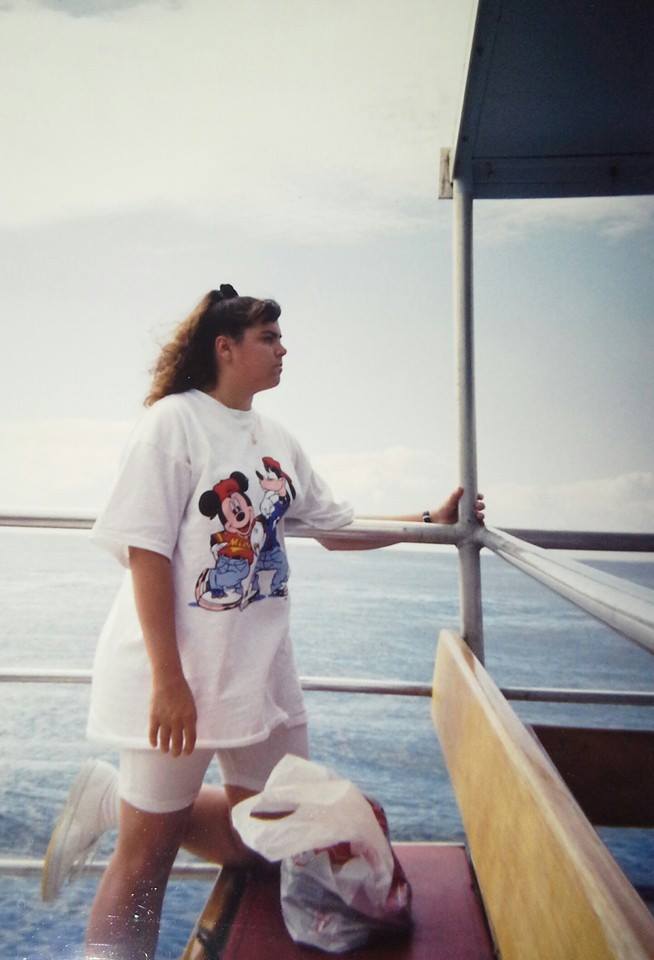 In May 1993 my Aunt Sadie died after a long illness. My cousin Heidi had quit her job to stay with Sadie, (her grandmother) and take care of her the last 4 months of her life. At Aunt Sadie’s wake one of my cousins was asking about some of the places I had traveled to. Heidi giggled and interjected, “Yeah, you never take me!” I figured Heidi needed some cheering up, and she is one of my favorite cousins. I said, where do ya want to go? I got Frequent Flyer Miles- we’ll take off!’ Heidi said “Let’s go to Hawaii- when it’s cold here”. That began our planning of a week’s vacation in Honolulu. I called TWA, booked the flight and hotel and prepared for our January trip.

The night before It snowed heavily in Boston and the North Shore. My cousin Diane drove us to the airport and it started to snow again on our way to Logan. We checked in and boarded our plane. There was a 2 hour delay leaving Boston. It was a  little unnerving to see workmen with blowtorches burning the ice off the wings. First part of flight was a little shaky but smooth sailing after New York. Arrived to 72 degree awesomeness that evening. We went on a Glass Bottom Boat cruise, a whale watch, visited Pearl Harbor & the USS Arizona monument. T

he visit to Park Harbor an the Arizona Memorial had the most profound effct  on us. Looking up at the bright blue skies and down at the tranquil waters it seems unfathomable that anyone woud want to kill people or destroy anything there. It was hard to believe that so many young sailors lost their lives on a bright Sunday morning there  not so long ago. My mom was a teen in high school when Pearl Harbor was attacked. Heidi and I spent a long time quiet in thought there. Looking down I wondered about the young men who were underneath the monument, sailors who were never found.

After that we needed something lighter. Our kickback day we went to Waikiki Beach, Pizzeria Uno, and the mall. Basically we were tourists that week. I was really happy to bring my one of my favorite cousins to one of the most beautiful places on earth.