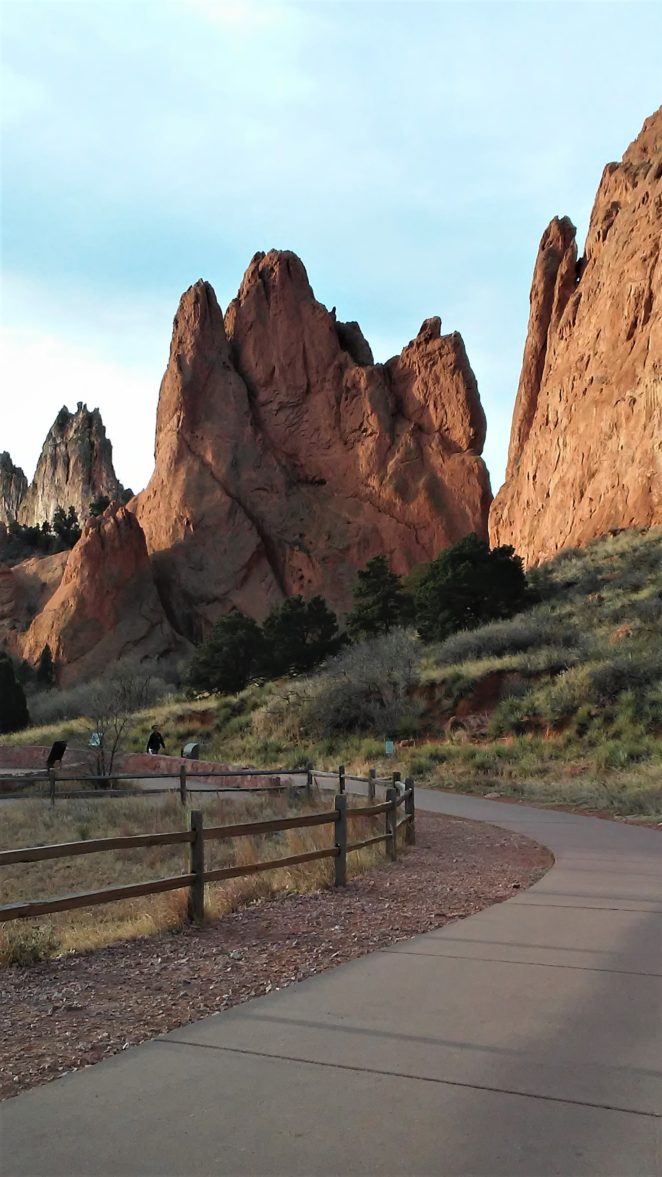 My oldest daughter had a swim meet in Colorado Springs over the weekend. Since her Saturday events didn’t start until the afternoon, I was able to get a short hike in at “Garden of the Gods”. Many of the prominent features within the park were named years ago. Aside from “Heading Out” and “The Garden”, I tried to match up my photos with the historical names. While I spent an hour and a half at the park, you’d want to give yourself at least half a day to really explore. However, throughout the road that winds its way through the park, there are several “turn outs” and parking areas where you can pull over and snap a few pictures. Most of the walking paths are nicely paved, however there a few more rugged paths in the area where I explored. Below, take a look inside the “Garden of the Gods”.