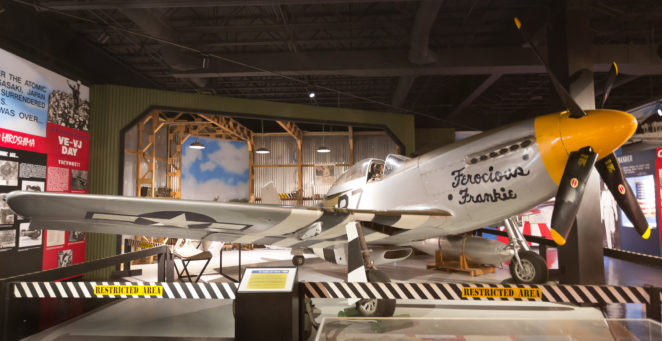 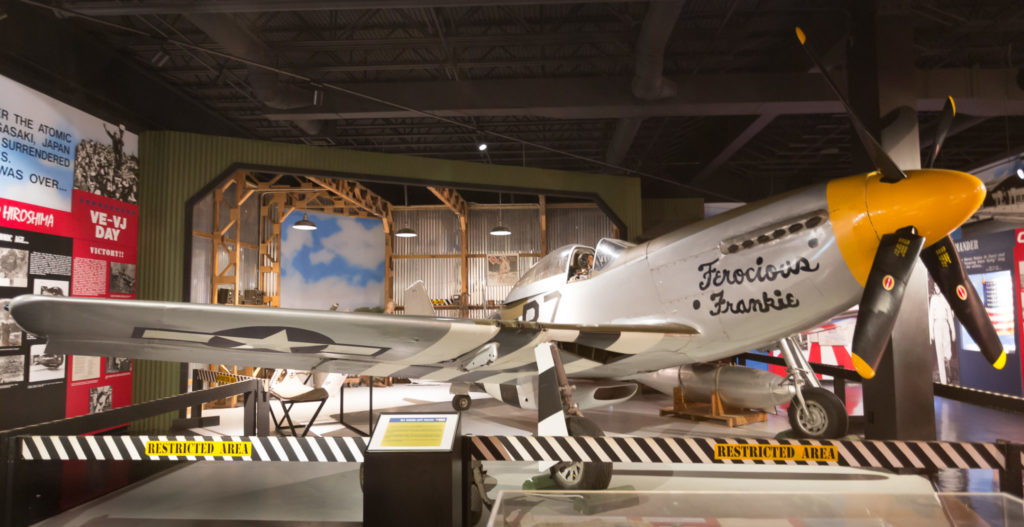 I was happy to see there was another P-51 Mustang at the Museum of Aviation at Robins Air Force Base in Georgia. This one was called “Ferocious Frankie”. It had an American version of the famous British Rolls Royce Merlin V-12 engine that also powered the Spitfires and Hurricanes of the Battle of Britain in 1940.