It was Sunday, a beautiful sunny day.My wife and I decided to visit the church in Vrujci.It was our first encounter with their beautiful church temple.The church was built in 2001, 11 years ago and is one of the youngest worms in Serbia.The story of the difficulty of building it is found in the text I found and I will not list it now.

Wikipedia preached about this great miracle of the patriarch Pavle several times among the faithful people. Since the Serbs are quickly forgetting us, according to that national – every miracle in three days, I decided to write down and publish testimony, but now retired Hajji Vera Stevanovic from Belgrade.Not so long ago in 2001, before leaving for Banja Vrujce at the parish, Bishop Lavrentije told me:- You do not have a temple or a house there, the temple is under construction for many years, it is painted a little above the foundations, but look there for Ms. Ver, she is a paradise, she has taken to building a temple in Vrujci.Indeed, it was, the good Bishop knew where to send me, and such was the hajji Vera, the “paradise”, a beautiful old woman born in the Kingdom of Yugoslavia in 1927 and remained orphaned with her nine years. She was wearing a heavy cross, but she never burst into tears. She believed from the little one in the Lord Jesus Christ and as she spoke she lived for Christ and for the Church of Christ, which she testified with works. She was one of the greatest benefactors of the temple of the Holy Great Martyr Marine – the Fire of Mary in Vrujci but also a great benefactor to many monasteries and temples of the Serbian Orthodox Church. But above all she testified that she lived for Christ by personal example, the blessed Christians, the lovers of full love. I never saw her angry, frowned, or I heard somebody condemning her, but I knew it was an occasion. I admired her calmness and love and being honest I learned from her and often became embarrassed that as a priest I did not have such love for my neighbors as Aunt Vera, as I later called him from the ground. Her priest was Bishop Danilo Krstić, then Father Tadej vitovično, and according to his recommendation when he was already dehumanized in his old age, at the end of the nineties Patriarch Pavle took over the spiritual care of Hagia Vera.Since Patriarch Pavle served the Holy Liturgy in the Patriarchate on a daily basis, Hades Vera was present almost everybody. She used to mock prosforics for procommission with the blessing of the patriarch and personally taught him. She was very obedient to her spiritual father, as Christ, which can be concluded by her relationship with the patriarch, without his blessing she did nothing because she believed that the patriarch Pavle Svetac was still alive.Church of the Fire of Mary, Spa VrujciShe was telling me about his transparency, I will give an example. She wanted to donate her foreign exchange savings to a sisterhood somewhere in central Serbia, however, Patriarch Pavle told her that she did not do this, that she could only give them something symbolic. That’s how she did it. Although, she wondered why the patriarch did not approve of giving more money to them when they built a conic. After a couple of months, it turned out that the patriarch was right, that nursing was breaking up.When I told her that I was a new couple in Vrujci and that Bastria told me to call her for help, Hadzi Vera told me:- I helped build this here, however, since they do not have their own local paroch, it’s harder to go. I will tell the patriarch that Bishop Lavrenty has now sent a couch and I will ask for a blessing to help. If I settle down, I will help with all my heart.After a few days she returned from Belgrade, all happy. He wears two full bags of things and before the old school where I performed worship in Gornja Toplice, he says:- The patriarch gave me a blessing to help build the temple here, and he also gave some money to buy “wedding” – crowns for the wedding!Altar of the Church of the Fire of Mary, Spa VrujciWe bought wedding dresses and figured that they were blessed by the patriarch Pavle. With pride, the vruchka church preserves and adorns the heads of many newlyweds with the patriarch’s blessing. Also with the blessing of Patriarch Pavle and Bishop of Lavrenty, Hades, Vera built a paraclide of St. John the Baptist in Vrujci next to the temple of the Holy Great Martyr of Marine, and she wanted to be buried in it, even the tomb was prepared. However, seeing that Patriarch Pavle was buried modestly in the port, not in the temple, following the example of her priest, she told my father to the government that she was changing the decision, and when the Lord urged her to be buried in the port.In the spring of 2010, we heard the phone, she told me that she wanted to get her fucking because she fell and hurt both knees. In her years it was very difficult to treat, she was aware of it. She was telling me she could not get out of bed, to receive her several days of injection, she told me:- It’s very painful to treat this because I live alone. But the Lord sends one of mine, and with me, take away my food, and they are with me, because I can not rely on both feet. It’s uncertain how long it will take, the doctor told me … Come on, father of Nenad tomorrow, if you can talk about the paraclass of St. John.Paraklis of the Holy Evangelist John, the work of the Hadži Vera StevanovićI went to Belgrade the next day, remember Ustanicka Street 198. I called on the intercom, when a famous voice came, aunt Vera. I enter the building and while I ride the elevator, I think how she could get up and get to the intercom. In front of her apartment. Completion of downloaded text.

In the period from 1990 to 2009, Patriarch Pavle was the supreme head of the Serbian Orthodox Church and one of the most loved people in the nation.Everybody loved him. He was mild and smart and wise.He was a saint for his life. I state what the church is waiting for and do not proclaim it as a candle.

And now the photo from the face of the courtyard of the Church of the Fire of Mary. 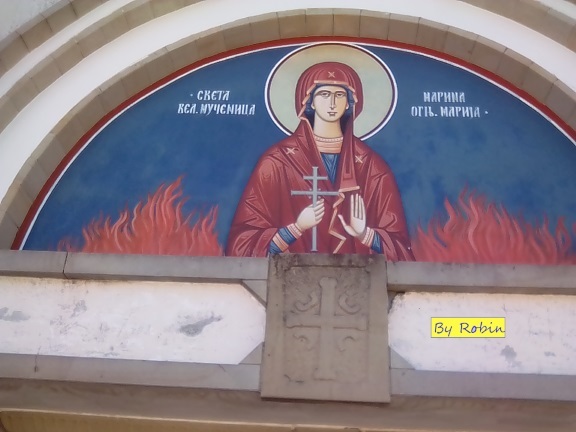 Painted fresco above the front door off the church 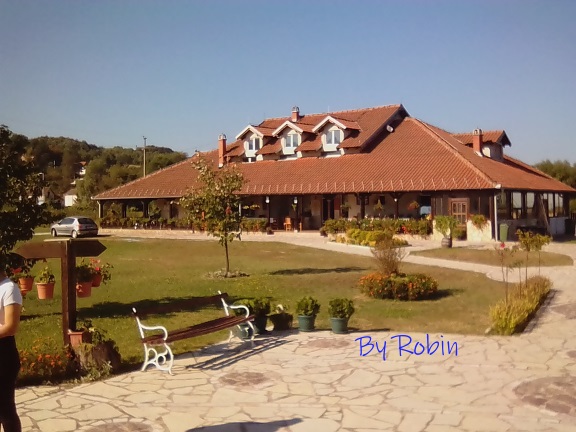 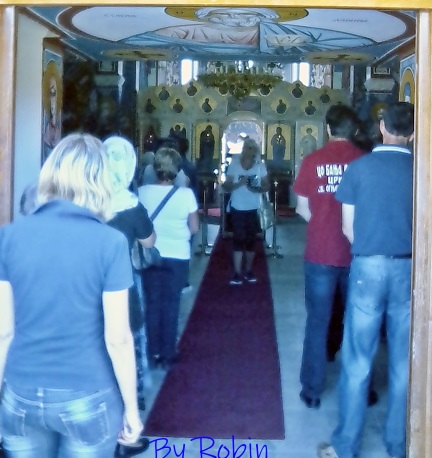 The interior of the church with believers 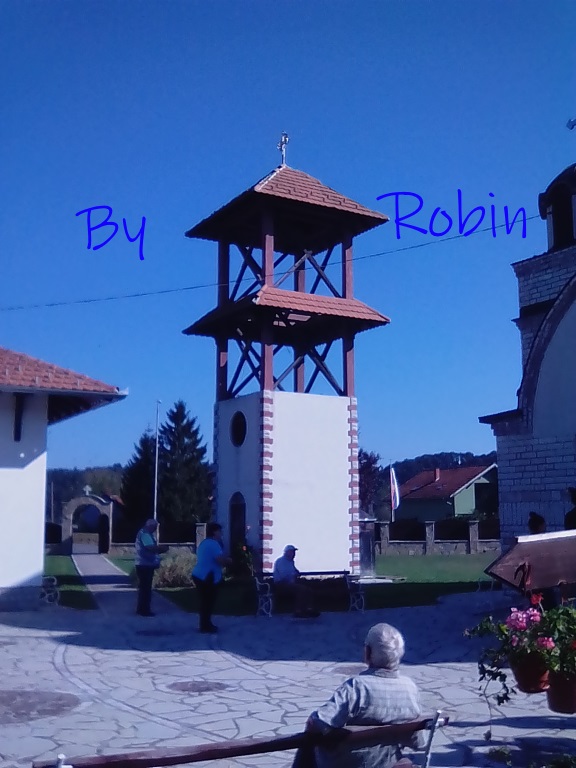 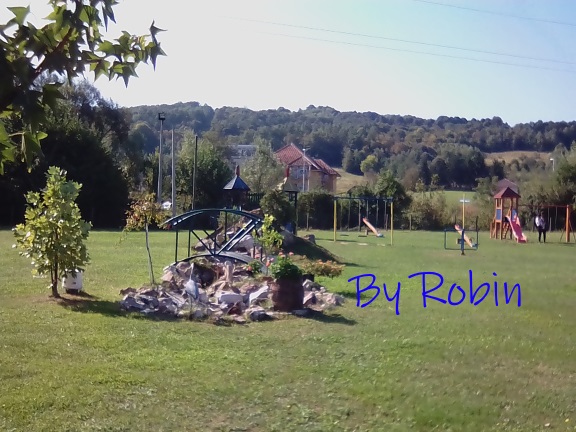 The photograph of Patriarch Pavle and a part of the text that I quoted were taken from the following source: