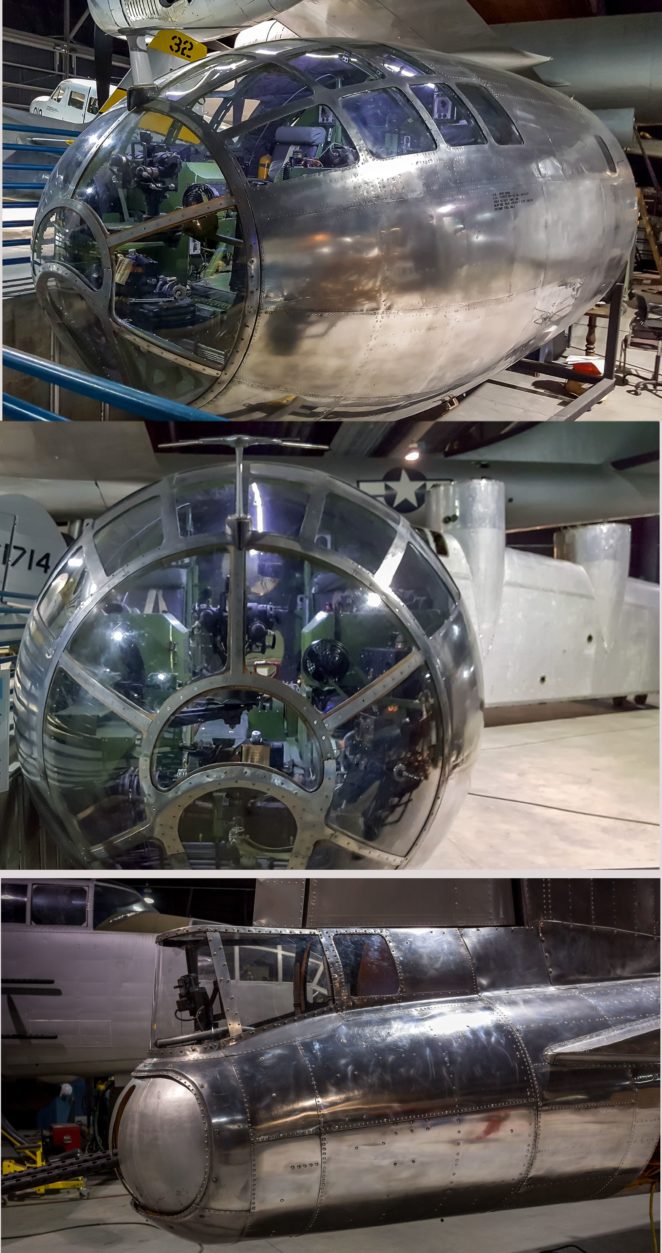 We are at the large Museum of Aviation at Robins Air Force Base in Georgia. Most of the displays are of full sized airplanes and helicopters of the Armed Services. Here there is a display of a huge silvery B-29 Superfortress with its rounded front end and multipaned front windshield.

This plane is in pieces with the tail cone and gun over on one side and the nose cone and pilot section facing you. Behind is the huge wing on its side. It will soon be all restored and reassembled in the near future. This was the largest of the WWII bombers made and had many new innovations like a pressurized cabin and special retractable landing gear. The four rear gun turrets were computer controlled (machine) and could be all operated by one person. This was the type of plane that dropped atomic bombs over Japan at the end of the war. That particular B-29 is in Washington DC.