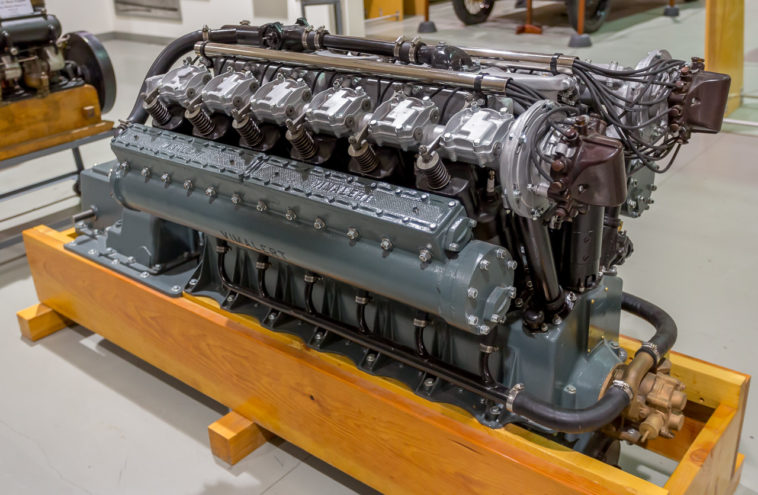 We are at the Glenn Curtiss Museum in Hammondsport, N.Y. in the Fingerlakes and just saw the 33 foot long Mahogany inboard runabout called “Virginia Dare II” by the Gar Wood Company. The engine is the magnificent V-12 aircraft Liberty.  There is a long history of putting powerful aircraft engines in racing boats. This engine had 500 hp and could propel the boat to nearly 60 mph on Keuka Lake. The Liberty engine was originally developed by Packard and Belle for the U.S. Government for airplane use.