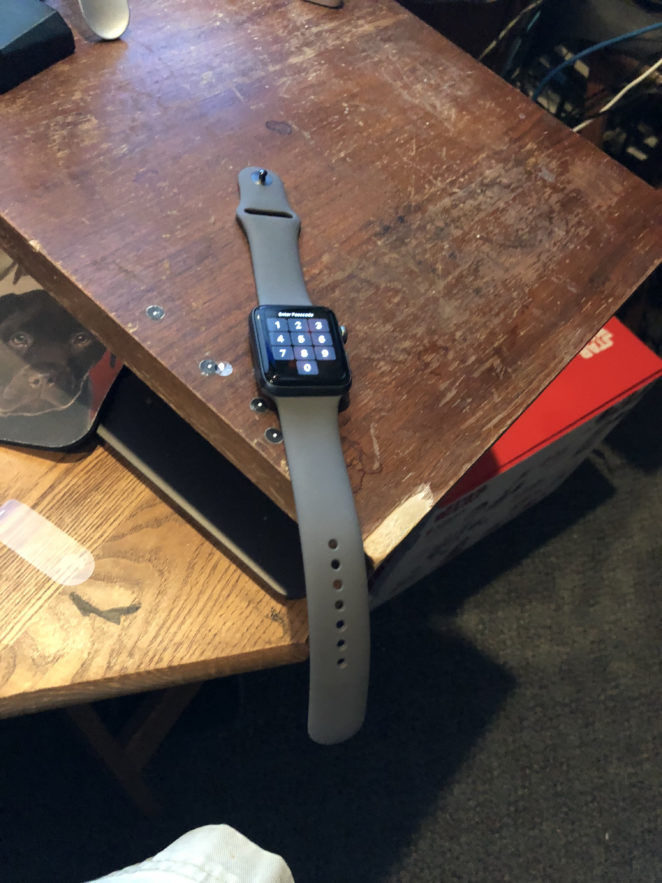 The new Apple Watch series 3, includes two major technology upgrades that are interesting. The first is the inclusion of a cellular phone. The second is the inclusion of onboard GPS functionality in the watch itself.  For people that use the iWatch as an exercise tracker (I do) that adds a lot of value right now, as well as future value as the applications used for tracking exercise continue to improve. It also gives you the ability to get directions on your watch without your phone.

Cellular connectivity on the iWatch is the other new functionality in the Serie 3. I am still not sold on the need for two cellular phones. The addition of cellular service to your iWatch gives you the ability to walk away from your phone and use the functionality of the iWatch as well as streaming audio, but I don’t often stream media to my watch. I use my watch as an information device rather than an interactive device

The hardware is in the identically sized container as before. The two sizes (larger and smaller) stayed the same. The processor on the watch is improved a bit, although you have to be careful with a watch as you do not want it to overheat. There are some new watch faces (I love having choices for my watch ever since the Pebble!). From Mickey Mouse, Minnie Mouse, Toy Story, and a Chromometer face there are some watch faces that can be used.

Apple also reduced the price overall of the watches. They are not on the low end of the watch market (you can get a digital watch for 20 dollars), and for a long time, you could also get a Pebble Smart Watch for about ½ the cost of the Apple Watch. But Pebble is no more, so the price drop was good. The watch comes in the same colors as the iPhone (I like space gray! I did have a white iPhone previously). Overall the watch is a good upgrade and if you are in the market for a smartwatch a good addition to your wrist.