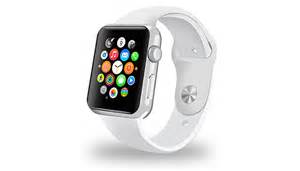 Three years ago I was all about the capabilities of the smart watch, in particular, the Pebble Watch. I thought at that time that the capabilities and functionality of the iWatch or the Samsung watches weren’t up to what I could get from Pebble.

That said, things have changed. I have now worn an iWatch for the past six months. In that time there are four things that I use my watch for, that are not only improved but are better with the iWatch than with the Pebble by a significant amount. The first is the concept of a phone call. The Pebble, connected to your Android device or iPhone shows you caller id. The iPhone allowed you to see the caller ID. With the iWatch, I can answer the phone and talk to my watch just like Dick Tracey. So thing one that is better, integration with the phone.

Bands, it seems funny now, but many people don’t wear watches until they suddenly burst onto the smart watch scene. Watch bands are an important part of the watch ownership process. They can make you comfortable or uncomfortable. Not wearing a watch for years, makes it harder to know what type of watch bands you like. The Apple Silicone watch band is perfect. I can have my watch as snug and as loose as I want it to be. The fit and finish of the band is the second thing Apple’s iWatch is better than the Pebble.

Integration, between the smart watch and the phone. The iWatch is much more integrated with the iPhone than the Pebble was. Yes, Pebble was the first to market, and the iWatch 1.0 was limited. But the watch 2.0 is much better, and the integration is beyond incredible. I had some Pebble Applications to run on my phone to increase connectivity and integration. With the iWatch I just enable the application, and I am off and running. There are even boating and walking navigation applications that integrate with my iWatch and make it easier to go where I am going.

I won’t belabor the reality of waterproof. Pebble watches are at risk in the presence of water. But the thing that Apple has designed that makes the iWatch even better than the Pebble is the concept of charging the device. The iWatch charger is much better than the Pebble charger. The original Pebble charger was not effective. The later chargers improved but they are nowhere near as easy to use as the iWatch charger. That is the 4th area the iWatch is far ahead of the Pebble.

Pebble was the first to market. The last released Pebble was better than the first released iWatch. IT wasn’t however as good as the iWatch 2.0. The reality of competing with a company that spends more on R&D than your company makes in a ten year period is that you will fall behind fairly quickly.

Goodbye Pebble, I will miss you. Now, according to my iWatch, I am 10 minutes late for a meeting!